APRIL KRY MAKES NAME FOR HERSELF ON SIRIUS XM'S THE HIGHWAY 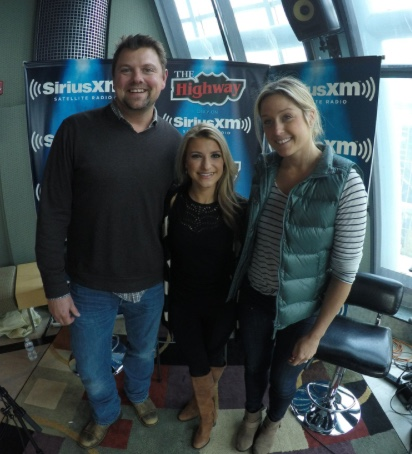 April Kry has been causing quite a stir with her single "Fireflies" since it's debut on SiriusXM The Highway last week. Listeners took to Facebook and Twitter to discuss the tune and whether or not it should be considered "country". Debate sparked hundreds of people to voice their opinions, essentially covering the SiriusXM Facebook wall in April's name!

Kry visited The Highway studio located on Broadway in Nashville on Tuesday morning to perform a few tunes including a cover of country superstar, Martina McBride's, hit song "Broken Wing".

Critics immediately took to socials, blown away by April's talent and passion for country music. Host Storme Warren alerted Martina of the upcoming performance, when McBride said she was unable to tune in, she requested a copy of April's performance!

You can watch Storme tell April about his text to McBride as well as a clip of April's performance HERE.

Fans can request to hear "Fireflies" on Twitter by tweeting to @SXMTheHighway or posting to their Facebook wall HERE.