KENNY CHESNEY SELLS OUT THE BIG REVIVAL TOUR KICK OFF 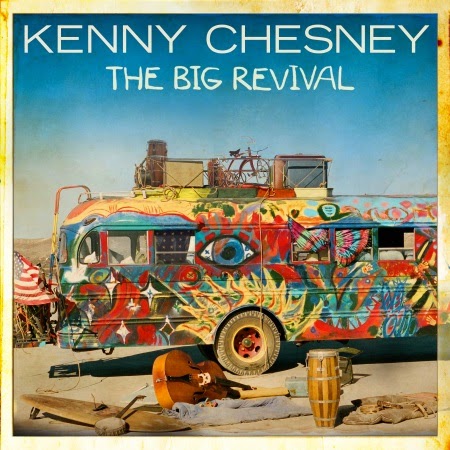 NASHVILLE, Tenn. (Jan. 26, 2015) - It’s been a long time since Kenny Chesney played his adopted hometown of Nashville – and the fervor continues. After pre-sales pressure for his March 26 kick-off of 2015 The Big Revival Tour prompted the addition of a second show on March 27, the tickets were no more available than they were gone.

​“Getting ready for a big year and I love the idea that people are as ready for us to get out there as we are to get back on the road,” says the only country artist in Billboard’s Top 10 Touring Acts of the Past 25 Years. “To do back-to-back nights in Nashville, that’s always a good thing... It’s too cold for a stadium show, so that’s the next best thing!”

Having played to 42,000+ at his Flora-Bama-Jama on the beach along the Alabama/Florida state line last August, Chesney’s time off the road was spent focusing on the making The Big Revival, which has already yielded the GRAMMY-nominated multiple week #1 “American Kids” and his 26th chart-topper “'Til It’s Gone.”

​With a lot of new music slated for the tour, the eight-time Entertainer of the Year wanted to start things off close to home – and be able to share the new music and new show with old friends--as he says of the decision to start where he lives. As he explains, “Sometimes it seems like Nashville lands where it lands... and it doesn’t stand out. We don’t get to play Nashville very often, and after the inspiration and creativity that went into making this record, I wanted to kick-off The Big Revival Tour in the place the music came together.

​“And the fact that we had to add a second show before we even got the tickets on sale feels like this is going to be an awesome year! To me, it’s about the passion the people who love this music bring. They give us the fuel to really push – and I promise we’re working on creating a really rocking show!”

Due to unprecedented demand, the promoters worked with management to locate as many tickets as possible. Having combed through all the potential seats, several hundred seats with obstructed views are being made available for those hardcore fans who couldn’t get tickets.

​“Anyone who wants to come, we want you to be here with us!” the man The Wall Street Journal called “The King of the Road” offers. “After a year and a half off since we’ve really been on the road, I think this is going to be one of the shows where the band and I let off a lot of steam. We have new songs to play, a few surprises – and the idea that we want to take The Big Revival, apply music and come away with a whole new attitude about living!”

​The Big Revival Tour is about celebrating life, music, friends, the way you feel and getting to see the show that – for a whole lot of people -- makes summer official.

​Kenny Chesney’s The Big Revival Tour is presented by Corona Lite and sponsored by Blue Chair Bay.
Posted by LovinLyrics at 11:01 AM