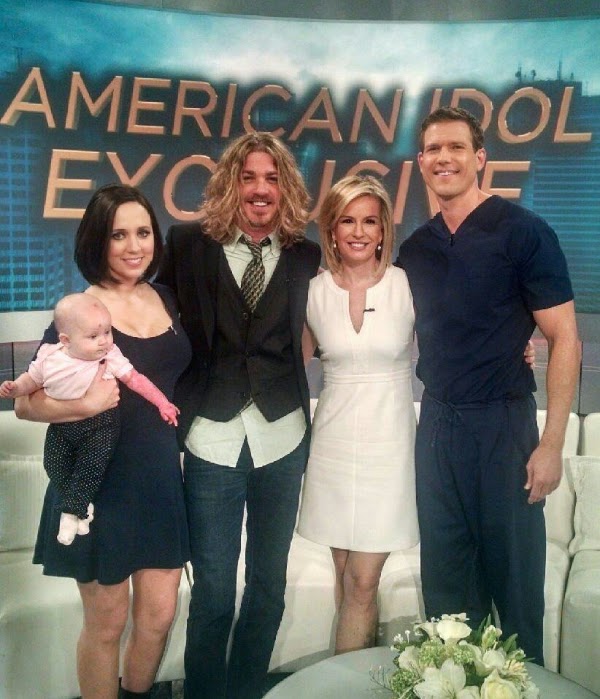 Nashville, TN…(February 26, 2015)… Country Star and American Idol Finalist Bucky Covington will be appearing on an episode of the daytime medical talk show The Doctors tomorrow, Friday February 27th, with his family to raise awareness about a cause that is very close to their hearts: the use of a heart medication to help with a rare form of birthmark requiring treatment. Bucky’s infant daughter Kennedy was diagnosed with Infantile Hemangiomas at 3 weeks old. After conferring with specialists, Bucky and fiancé Katherine decided that the best choice for their daughter would be to start a treatment process to reverse the advancing of the birthmark preventing permanent damage to the skin.

The singer will chat with Dr. Jen Ashton and Dr. Travis Stork about the positive results he and his family have seen in hopes of spreading the word of this unusual solution and help others who might be dealing with a similar situation.

For airtime and TV station for The Doctors, please check your local listings or CLICK HERE.

Bucky Covington’s self-titled debut CD opened at #1 on Billboard’s Top Country Albums chart with the biggest first week sales for any debut country artist that year. He went on to become the best selling debut artist of 2007 and delivered three consecutive Top 10 hit singles to country radio. In addition to competing on the fifth season of American Idol, Bucky’s national television appearances have included Good Morning America, Live with Regis and Kelly!, Jimmy Kimmel Live!, The Tonight Show and Fox & Friends. Bucky’s last single, “Drinking Side of Country” (duet with Shooter Jennings), reached over 2 Million views on YouTube in only 2 short days following its premiere and features cameos by country star Kellie Pickler, Freestyle motocross rider Cowboy Kenny Bartram, and TNA Wrestler Mickie James. He recently released “Buzzin’,” his first single as an independent artist and is currently in the studio working on new music and co-producing an upcoming project alongside Grammy nominated producer, Dale Oliver.