CMA CLOSE UP: CMA SONG OF THE YEAR WINNERS FOLLOW THEIR ARROW 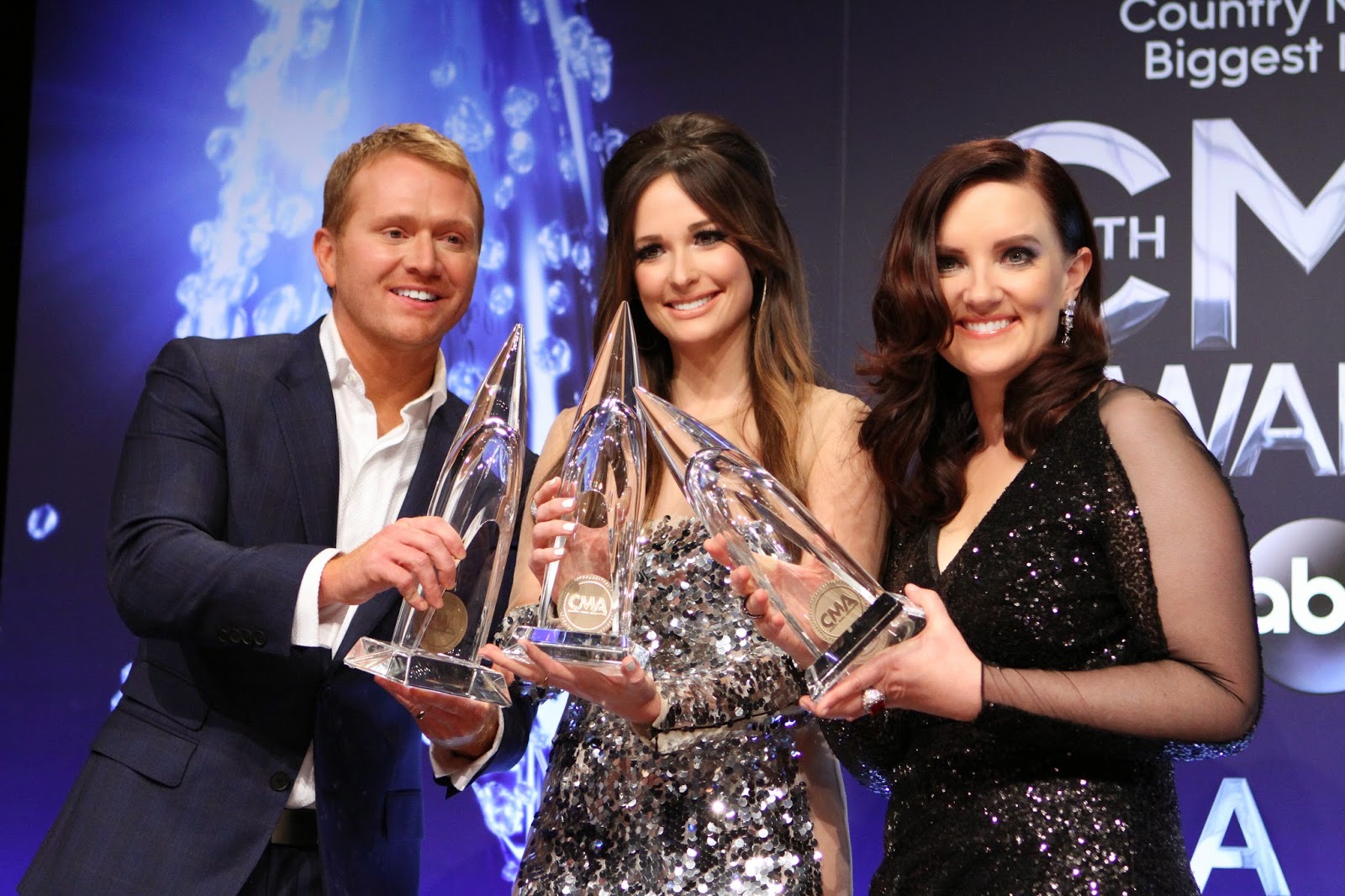 This is despite the fact that McAnally, along with Brandy Clark and Kacey Musgraves, built on those three words to create the song that won Song of the Year honors at the 2014 CMA Awards.

Truth be told, Country radio appeared to agree, as the song peaked at No. 43 on the Billboard Country Airplay chart. “It’s the lowest-charting single I’ve ever been a part of,” said Musgraves, who recorded it for Same Trailer Different Park, her critically acclaimed major-label debut on Mercury Nashville. “And it’s done more for me.”

“Follow Your Arrow” has touched a lot of people. “Country Music is supposed to be the truth-telling, storytelling format,” Clark observed. “Whether it’s my truth, Shane’s truth, Kacey’s truth or yours, it’s somebody’s truth. It’s great that people recognized that.”

Though “Follow Your Arrow” has been celebrated and condemned for its support of marijuana and same-sex relationships, the writers insist it’s about far more than that. Indeed, Clark and McAnally, the first openly gay artists/writers to receive a CMA Award, express hope that someday such distinctions won’t matter.

“I don’t think we were making some big gay statement or some big drug statement,” said McAnally.

“People try to highlight those parts of the song, but we’re encouraging the other side too,” Musgraves added. “It’s just … “

These days, when in Nashville, Clark, McAnally and Musgraves get together for a weekly writing session. With “Follow Your Arrow,” Musgraves showed up with a melody, a hook and a general idea for a song “to encourage people to go with their internal compass.” Her inspiration was an arrow necklace she had given to a friend who was going to Paris for four months. She included a card with a little poem that read “Follow your arrow wherever it points.”

“I thought that would be cool to put in a song,” she said.

It mostly came together in around two hours, with Clark and McAnally helping to shape it and lend it a little more of a narrative feel. They reconvened the next day to write the summarizing bridge: “Say what you think. / Love who you love. / ’Cause you just get so many trips ’round the sun. / Yeah, you only, only live once.”

For Clark, the power of “Follow Your Arrow” continues to unfold on the road. “People tell me what that song has meant to them,” she said, shaking her head in amazement. “I mean, it’s like ‘Bridge Over Troubled Water’ to some people. It’s really cool to know that we had something to do with maybe someone walking a little taller that day, feeling like, ‘My parents don’t accept me, but I’m OK in my own skin.’”
Posted by LovinLyrics at 4:21 PM