LEE GREENWOOD ENCOURAGES PATRIOTISM AMONG AMERICA'S YOUNGEST GENERATION WITH RELEASE OF CHILDREN'S BOOK, 'PROUD TO BE AN AMERICAN,' IN STORES MEMORIAL DAY WEEKEND

Greenwood Serves Again in 2015 as National Ambassador for Helping A Hero, Awarding Specially-Adapted Housing to Disabled Veterans Across the U.S. 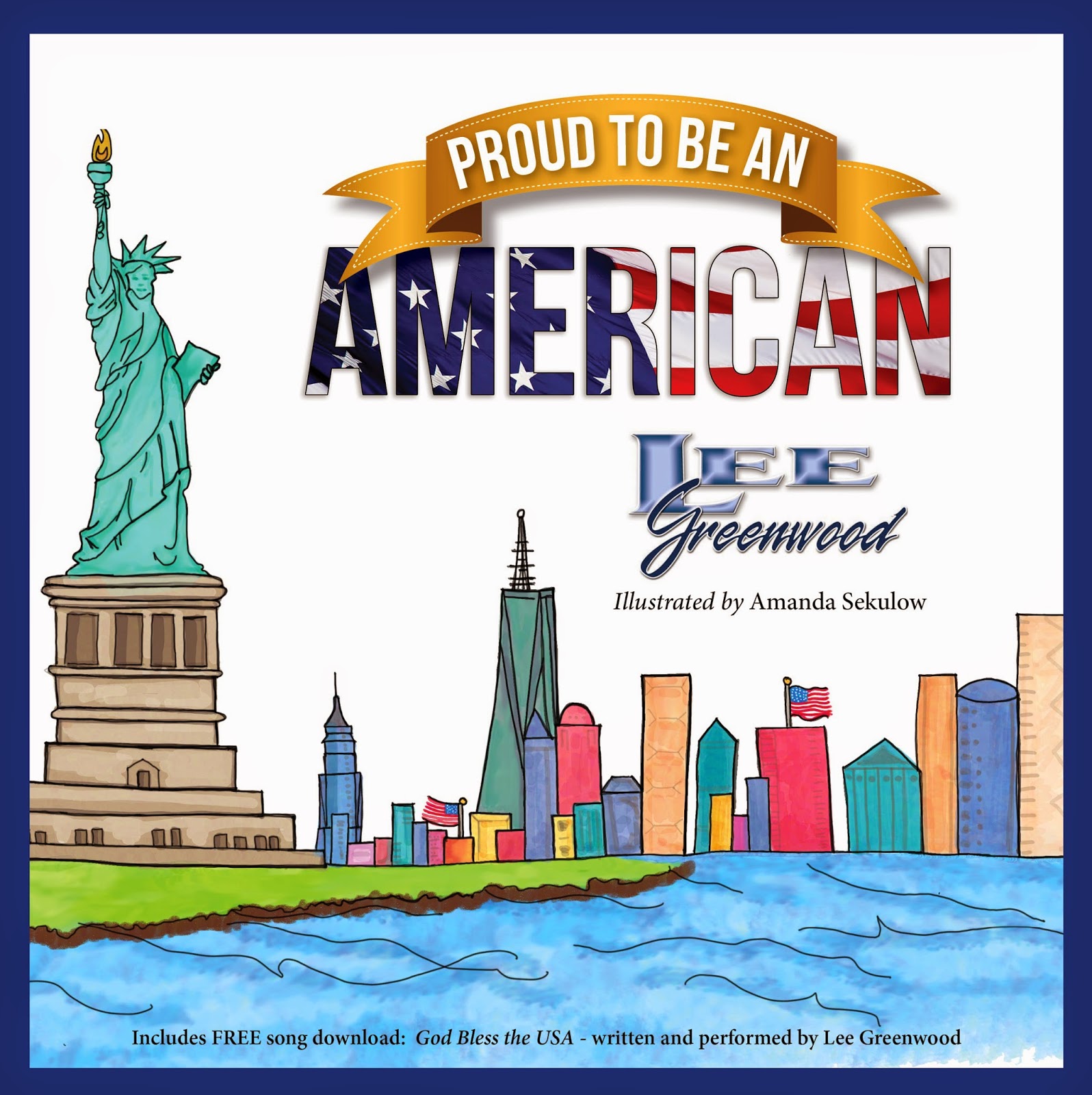 NASHVILLE, Tenn. (February 9, 2014) – When Lee Greenwood penned the empowering words of his multi-chart No. 1 "God Bless The USA" in the back of his tour bus in 1983, he had no idea they would become the words of the most recognizable patriotic song in America over the last century -- he was just speaking from his heart. The son of a World War II veteran, his authentic life-long patriotism of the United States compelled him to write two former books, Does God Still Bless The USA: A Plea For A Better America (2012), and God Bless The USA: Biography of A Song (1993). Now, with the hope of ingraining life-long pride and patriotism for America in our country's youngest generation, he announces the release of his first children's book, Proud To Be An American, in stores Memorial Day Weekend, May 23-25. The book marks his third professional work as an author, and features poignant lyrics from "God Bless The USA" paired with colorful, thought-provoking illustrations by Amanda Sekulow. The book also includes a FREE song download, and its foreword tells the true story of his childhood upbringing that led him to become an American patriot:

"Growing up on my grandparents farm in California gave me an appreciation for folks who worked hard and got by on very little. My grandparents lost their farm after government regulations prevented them from farming the more profitable fields. But they didn't question why it happened; they just started a new business. They believed no matter what difficulties we experienced, we would be okay because we were free. America is still the greatest country on earth. As you sit reading the words of my song to your child or grandchild in my new book, it is my hope that young and old alike will feel tremendous pride in being citizens of the United States of America," he writes.

In conjunction with the release of Proud To Be An American, Greenwood will continue his long-standing position as the National Ambassador for Helping A Hero, a non-profit organization committed to providing specially-adapted housing and support to military personnel severely injured in the war on terror. Greenwood first appeared at a Helping A Hero event in January 2012 as part of ABC's Extreme Makeover: Home Edition, where he sang the iconic anthem "God Bless The USA," for a Christmas tribute, while welcoming severe burn victim SSG (Ret) Shilo Harris to his new home. For the past three years, the music superstar has continued to be a part of numerous house-gifting and "Welcome Home" ceremonies, holiday concerts for veterans and their families, volunteer appreciation luncheons and more, bearing witness to the real-life struggles our servicemen and women face after returning from combat with life-altering injuries and emotional distress. "I'm consistently blown away with the impact Helping A Hero makes on veterans and their families. To know that heroes like SPC (Ret) Jay Briseno, USAR in Manassas, VA, who was hit by a sniper and is semi-conscious as a result, now has a fully-accessible home that includes a lift system, a 300 sq. foot bathroom with a shower bed, heated towel warmers, and a therapy room for his daily physical therapy needs, really fuels my passion for helping those who have made such great sacrifices for our freedom. No one is more deserving of outreach and care than our nation's heroes, and I'm just grateful I can be a small part of giving back to them," he said.

Proud To Be An American is published by Clovercroft Publishing in Franklin, Tenn.
Posted by LovinLyrics at 11:56 AM