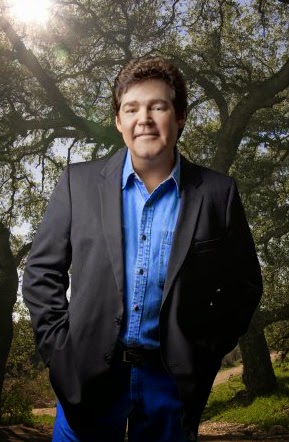 Nashville, Tenn. (February 11, 2015) - After more than 40 years of performing, country crooner and bluegrass balladeer Marty Raybon continues to take home the career trophies.  This past weekend at the Society for the Preservation of Bluegrass Music Association (SPBGMA)'s 41st Annual Bluegrass Awards, Raybon walked away as the organization’s 2015 "Male Vocalist of the Year" in the traditional category.

"It's one of those wonderful unexpected surprises that happens at award shows," says Raybon.  "When I heard my name called out as the winner, my first thought was 'Did I hear that right?'  I was very honored while also realizing that not one person is an island in a bluegrass band.  I want to say thank you to SPBGMA and the fans that voted for me and I'm very grateful that the hard work we put into our vocals were awarded that night."

Throughout his epic journey spanning more than four decades, Marty Raybon has produced a remarkable list of career accomplishments including: multiple number one singles, top selling albums, CMA, ACM, IBMA and GRAMMY Awards, along with scores of other accolades.  Collectively, his contributions to the recording industry have sold well into the millions and he has performed literally thousands of live concerts at four corners of the earth.  In 2015, Raybon returned to his original position as frontman for legendary group, Shenandoah.  Shenandoah Reloaded tour dates will be announced soon.