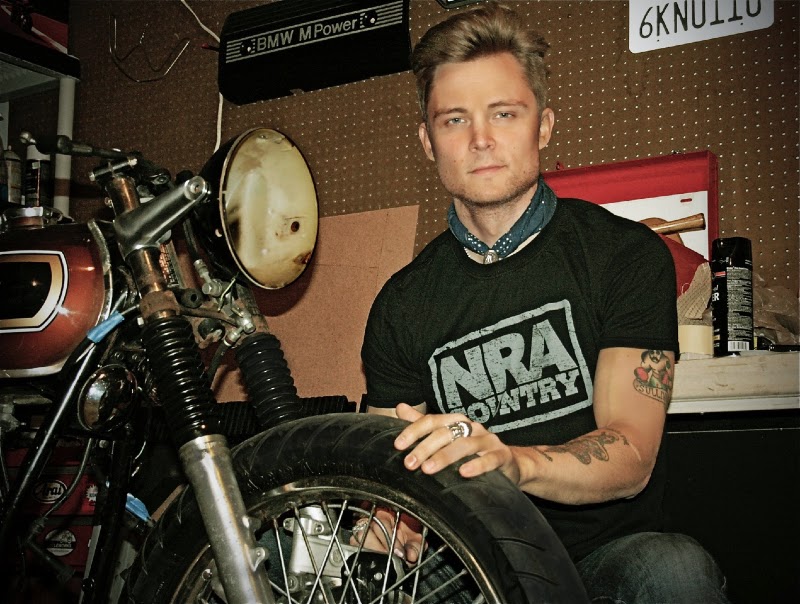 "I just love to get out into some fresh air and get my heart pumpin'! Ever since my cowboys and indians days, I've been itchin' to get outside! I am Frankie Ballard and I am NRA Country."

As part of the NRA Country promotion, fans can check out an exclusive video clip of Frankie talking about his favorite outdoor memory and register to win a Frankie Ballard prize pack including a t-shirt, hat and autographed SUNSHINE & WHISKEY cd. Visit www.nracountry.com to learn more!

As an NRA Country Featured Artist, Frankie Ballard joins some of country music’s biggest artists including Florida Georgia Line, Lee Brice, Love and Theft, Easton Corbin, Eric Paslay, Craig Morgan, Chase Rice, The Swon Brothers and many more, in teaming up to celebrate their support of our brave men and women in uniform, appreciation for the great outdoors, and love of family.

Learn more and get NRA Country Connected at www.NRACountry.com! Fans can keep up with Frankie Ballard by visiting his web site at frankieballard.com or by following him on Twitter @FrankieBallard.