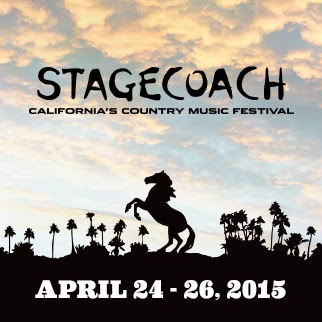 AXS TV is unveiling its first glimpse at the artist lineup for the network’s broadcast of the 10th Annual Stagecoach Country Music Festival, on Friday, April 24 through Sunday, April 26. The line-up includes some of the hottest bands on the circuit today such as ZZ Top, Dierks Bentley and Jake Owen. The festival will air each evening, starting at 9pE/6pP. This is the third consecutive year that AXS TV will broadcast the fan-favorite event, presenting 21 hours of coverage as the genre’s biggest stars take the stage at the Empire Polo Club in Indio, CA. Additional artists will be added to AXS TV’s broadcast schedule closer to the event.

Then, on Saturday, April 25, tune in for an A-list roster of established favorites and exciting up-and-comers featuring superstar hit maker Dierks Bentley (“Drunk On A Plane,” “I Hold On”); Nashville sensation Justin Moore (“Small Town USA”); classic rock icons ZZ Top (“Sharp Dressed Man,” “Gimme All Your Lovin’”); and Country quartet the Eli Young Band (“Even If It Breaks Your Heart”).

The channel closes out the weekend on Sunday, April 26, with unforgettable performances from beloved brother-sister trio The Band Perry (“If I Die Young,” “Don’t Let Me Be Lonely”); soulful songstress Sara Evans (“A Little Bit Stronger,” “Born to Fly”); Southern Rock heroes George Thorogood & the Destroyers (“Bad To The Bone”) and The Outlaws (“Green Grass & Tides”); and chart-topping newcomers Maddie & Tae (“Girl In A Country Song”).

In conjunction with AXS TV’s season of music festivals—opening with the Coachella Valley Music & Arts Festival on Friday, April 17—Stagecoach viewers will be able to access special festival-specific content on an all-new interactive microsite via www.axs.tv/festival/Stagecoach. Using a broadcast alert center, social media updates, in-depth blog posts, minute-by-minute broadcast lineups, and a social interaction page, viewers will be able to stay updated on breaking news from all of their favorite acts, ensuring they won’t miss a second of their most anticipated performances.

Posted by LovinLyrics at 5:36 PM