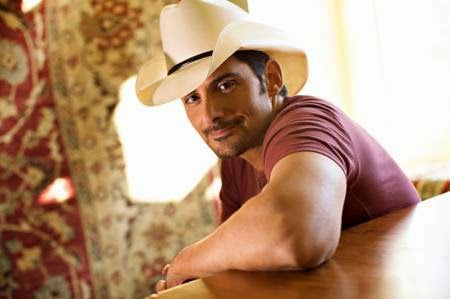 NASHVILLE, Tenn. (March 2, 2015) It was announced earlier today that Brad Paisley is one of the 2015 YouTube Music Awards winners along with 49 others from all genres of music.  Others being recognized are Beyoncé, Ed Sheeran, Katy Perry, Lady Gaga, Meghan Trainor, Sam Smith, Taylor Swift and more.

The winners were chosen based on the biggest growth in views, subscribers and engagement over the last six months. No doubt Paisley’s self-generated, creative leaking of lyric videos in advance of the release of Moonshine in the Trunk in August 2014 played a huge role in his YouTube growth.  Together, the 50 artists have been viewed over 47 billion times and have 164 million subscribers.

“Crushin’ It” is Paisley’s current single from his chart topping 2014 album Moonshine in the Trunk.

Posted by LovinLyrics at 5:34 PM