Thanks to Arista's Logan Mize for taking time out after his radio tour performance at WQDR in Raleigh, NC last week to give us some one on one time and for not giving me a hard time for leaving my questions in my hotel room and having to totally wing it. I wing it most of the time but this time I had to rely on my brain after a 10 hour drive from Nashville. I think we did ok. This was supposed to be a video interview but the background noise was a little too loud to edit so it's now become a written interview. I really enjoyed listening to Logan's music and getting to know a little more about Logan, the guy, in addition to Logan, the artist. I think we'll keep him around awhile. 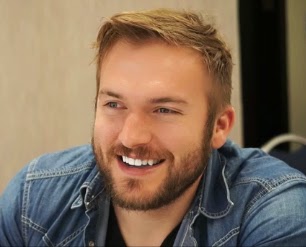 Lovin' Lyrics: I'm sorry, Cody caught me off guard. I had no idea we were ready to go.

Lovin' Lyrics: I gotta tell you, I left my questions in the hotel room so I'm totally doing this off the top of my head. This may or may not end well. Ha!

Logan Mize: I still have my guitar, we can crank out a few more if ya want.

Lovin' Lyrics: So, for those who aren't familiar with you, give us a little bit of background.

Logan Mize: Um, well, I'm from a little town in Kansas and I've been in Nashville for .. um .. well ... almost a decade, it's been 9 years. I came to town with no money or anything, just jumped in and tried to figure it out. I was a truck driver for awhile and I built forklift pallates on second shift and in all that time, I just kept putting bands together. I played down on Broadway and would try to get shows out of town wherever they'd let me play. I think my first paying gig was actually a gig outside of Nashville opening for Pat Green through a fake booking agency I just made up. We got there and finally finished our set and Pat came in the trailer and was like "I enjoyed XYZ song" and he was really so nice and we were so excited that we drove off and forgot to get out paycheck. We drove all the way back to Nashville and realized we didn't get paid and they never paid us. So that was kind of the start of my touring career and from there I've been on the road ever since. I recently signed with Arista in gosh, October, so a few months ago and now I'm making my major label debut. 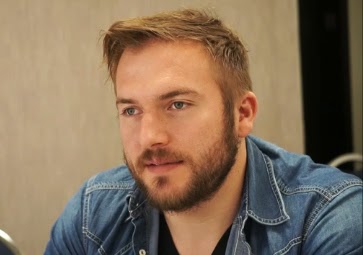 Lovin' Lyrics: You released an album a few years ago, "Nobody in Nashville". I guess you can't really call yourself that now, can you?

Logan Mize: (Laughs) ... yeah, I know! That was a really fun album to make and I learned a lot and I hope it sticks around, I hope they don't make it go away now that I'm signed. I am really proud of that one.

Lovin' Lyrics: You're writing with some of the best writers in the business, Blake Chaffin and also Randy Montana, who we've been behind since 2008.

Logan Mize: Yeah, they're good friends of mine, great writers. One of the new songs we're looking for as a single after "Can't Get Away" is a song I wrote with Randy. I wrote "Can't Get Away From a Good Time" with Blake, so everybody's involved in this project.

Lovin' Lyrics: You've had a couple of high profile television appearances. Your band is on stage in the "Fabric of Our Lives" commercial with Nashville's Hayden Panatierre and your band was featured on "Hart of Dixie".

Logan Mize: (Rolls eyes and laughs) ... Well, I don't know if I'd call them high profile. Yeah, I was in both of those and they were fun to do. Ya know, if you're really good with the pause button, you can catch both appearances but ya gotta be really good with that pause button. Yeah, I'm in there. (and he blushed a little too, so he's a little proud of if even if he brushes it off. LOL!)

Lovin' Lyrics: You've opened for a ton of big name headliners like Lady Antebellum and a few more.

Logan Mize: Yeah, there have been quite a few. Country music's good because people are so nice and they give you really good opportunities that you wouldn't get otherwise. They're great, they'll even come back after the show and say what songs they liked and tell you what a good job you did. There have been a lot of really good experiences over the years. I've opened for Dierks, Little Big Town, Hank Williams Jr, and LeAnn Rimes took me to the UK with her. Yeah, some really cool folks. I'm grateful for that. 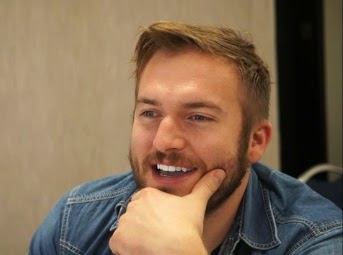 Lovin' Lyrics: Being a new artist, what have you found is the hardest thing about getting your music heard?

Logan Mize: Hmm, well, since being on a major label, there's been nothing hard about it. It's been all kinda easy compared to driving in a van with your band through the night, forgetting your paycheck, So far everything has been great because there's a whole staff that works the single at radio and we haven't done much touring yet so I haven't been able to see how it's reacting as much, but I'm ready to get on the road this summer and see the difference because ya know before it was all based on word of mouth and whatever was on the Internet that people could scrounge up and Sirius XM The Highway, who has been really good to me.

Lovin' Lyrics: The Highway is where I heard the single. They've really been playing the heck out of it and from what I've seen and heard, it's getting a great response.

Logan Mize: John Marks has been very good to me. He kinda ramped up my touring quite a bit from where it was when I was an independent guy. Yeah, I'm excited to see how it does on the road with FM radio playing it.

Lovin' Lyrics: I think it's gonna be really good, at least based on the response you just got in this room from everyone. *AHEM*, I'm sure WQDR will be adding it, RIGHT CODY?

Lovin' Lyrics: If you had to pitch yourself to potential new fans, how would you sell yourself?

Logan Mize: Well, it's just really authentic music. I'm just a blue collar dude, I worked all the same jobs as other people that get off work and buy the music or tickets to come to my show. I used to work those jobs too. I feel like I relate to that person, I AM that person. It's really just a blue collar, every man kind of thing, really simple music like simple melodies and simple arrangements. I want my music to be relateable to everyone.

Lovin' Lyrics: Well I think it's going over very well with listeners and I think you're gonna be around a long time to tell your stories. So what's next on your agenda? Are you working on a new album?

Logan Mize: (Smiles) Well thank you very much. Yes, there's an album that we're working on right now. I actually just got two mixes this morning that I was listening to on the plane. Just working on that and finishing up this radio tour. I'm anxious to get back out on the road and play some shows. 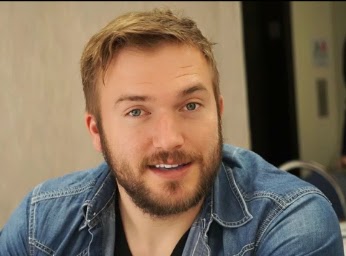 Lovin' Lyrics: So fans can find you online. How can they find you?

Logan Mize: I'm at loganmize.com, that's M-I-Z-E and if you go to the website, you'll find the links to Twitter, Facebook and all the other social media sites.

Lovin' Lyrics: Do you handle your accounts yourself?

Logan Mize: Yes, I do. I do have a social media manager that kinda helps me sometimes if I'm not sure how to post something myself. I'm trying to get savvy on social media but there are still some times that I can't figure out the whole hashtag things or posting videos. Yeah, I basically run it most of the time with occasional help with things like that.

Lovin' Lyrics: Awesome. Love a guy who does his own account and so do his fans. Well thanks again for taking time to talk to me and I look forward to hearing more from you.

Logan Mize: Thanks for coming out and for talking to me. Have a safe drive back home! It means a lot that you came in for this on your drive home.