NOT HEARING AN ARTIST ON COUNTRY RADIO? GUESS WHAT! THEY DO EXIST. 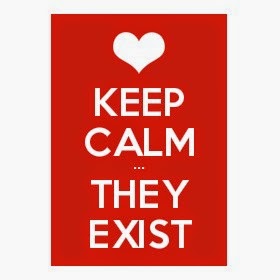 So I'm sure as a country music fan, you've probably caught wind of the whole situation about the quote by Sony Music's Chairman and CEO, Gary Overton, in a recent interview in the Tennessean, and artist Aaron Watson's response. If you aren't aware, the link is at the end of the article for your reading pleasure or displeasure. The internet is abuzz with anger and disbelief that someone in Gary's position would use the quote "If you're not on country radio, you don't exist." While Gary apparently seemed to be speaking in terms of his using this saying with his promotions team in a "if you don't get them out there and get them played, no one will ever know who they are" context and as a motivator to make them realize the importance of radio promotions for an artist which in itself has truth, the quote has not gone over well with country music fans, artists or like myself, those who work hard for the underdog in the music industry, those artists who aren't superstars of mainstream country and getting airplay. Personally, I feel that while he may not have meant it in the context that it's being passed around as, it was nevertheless insensitive and not something that should have been said, especially in today's environment where unless you have the money to get label backing and a high level promotions team, radio play is a rare gift even for the most talented of artists.

The entire reason that we and several other independent bloggers/promoters even came to be is the artist, whether they be a new upstart or a veteran artist, that just that isn't getting airplay but yet is releasing exceptional music. What positive incentive do they have to keep trying when a music executive says such negative words as "If you're not on country radio, you don't exist???" When this article came out, it happened to come out following the surprise announcement that independent Texas country artist, Aaron Watson, had the #1 country album in the country, outselling major artists such as Jason Aldean, Florida  Georgia Line and even Eric Church on iTunes, all with ZERO mainstream radio play. How does that happen when an artist that has no airplay doesn't seem to exist by industry standards? By releasing good music, by having an enormous fan base who stands behind the artist, purchases their music, promotes them on social media and sells out their concerts - because to them, they damn sure exist. Florida Georgia Line existed LONG before mainstream radio caught on and before they were even considered for a record deal. Their existence on social media and their establishment of a solid fan base got their name on the map a good 3 years before they even got the notice they did from Big Machine. New artists do exist, as a matter of fact, I would venture to say that in today's environment, most playlists contain music from at least 5-10 independent artists that you'll never hear on country radio and at least the same number, if not more older artists that once had hits but are phased out because the demographic has gone younger. Music fans are learning that country radio and great music aren't always synonymous. As a matter of fact. the best music isn't always on the radio but it is on iTunes, Spotify, Google Play, Amazon, in small venues, performing as opening acts for large names, and the names of those artists that create that music are on the tongues of thousands of country music fans telling everyone they know how great their music is and why they should listen to it. Their music has made the difference in many lives and for that reason, they exist. Their music is quality, from the heart and not of the cookie cutter variety - they exist. These artists exist every night performing for small appreciative audiences, they travel town to town in vans that break down and they stay in cheap hotels, and make next to nothing, all to get their music heard. They exist.

These artists do certainly exist and we, as fans, are glad they do. They give us a break from the same playlists that regurgitate over and over and over, hour by hour, day by day. They are unique, they are what we choose to listen to and what we choose to tell others about. They more than exist, they give us a reason to NOT turn on the radio but to purchase the music that radio won't play so we can create our own personal playlists of the music that shapes us, the music that makes our hearts beat and the music that we consider worth our time and our money. So while we realize that you more than likely didn't mean it in the context your quote has been taken as, those words still leave a sting for both artists and the fans who love their music.