BOBBY WILLS MAKES A VISIT TO SIRIUSXM DURING CRS WEEK 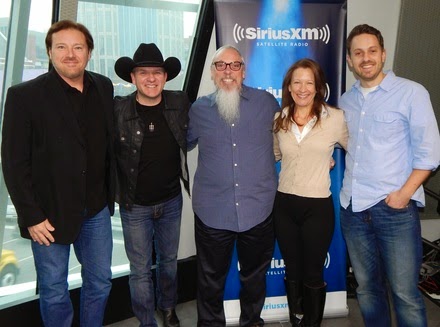 Nashville, TN (March 2, 2015) – Willing Nashville recording artist Bobby Wills stopped by SiriusXM studio in Nashville, during CRS week, to play a few tunes including his new single, “Never Didn’t Love You,” for Senior Director Country programming John Marks and staff. The Canadian Country Music Association award winner made his visit prior to his intimate 5-song set at the Hutton Hotel, where he played music off of his new album, CRAZY ENOUGH, for radio programmers and industry folks. Bobby is best known for two things; his signature cowboy hat and a diverse musical personality – combining a classic country sound with a toe-tapping, dynamic twist.

Bobby Wills is gearing up for the American release of his new album, CRAZY ENOUGH, under Willing Nashville – which was previously released in Canada in June 2014. The project will include his brand new single, “Never Didn’t Love You,” which Bobby co-wrote with Walt Aldridge and Mike Pyle, during an annual writing trip to Galiano Island, British Columbia. The fun-loving video for “Never Didn’t Love You,” was filmed beachside and instantly captured media's attention with GAC adding it immediately upon release, followed by CMT Pure, CMT.com and more. CRAZY ENOUGH features an array of tracks that blend rock-inspired country songs driven by fuller percussion and a bevy of string instruments with Bobby's signature melodic harmonies and intimate lyrical story telling. The Alberta, Canada native has been racking up industry recognition as a consecutive CCMA Male Artist of the Year nominee, winning the 2013 CCMA awards Rising Star title in addition to successively taking home the Alberta Country Music Association Male Artist of the Year award back-to-back in 2012 and 2013.

For tour dates and more information on Bobby Wills, visit www.bobbywills.com
Posted by LovinLyrics at 11:46 AM