RIVERS RUTHERFORD ADDED TO FIRST AND THE WORST EVENT, SCHEDULED FOR APRIL 1, 2015 AT 3RD & LINDSLEY 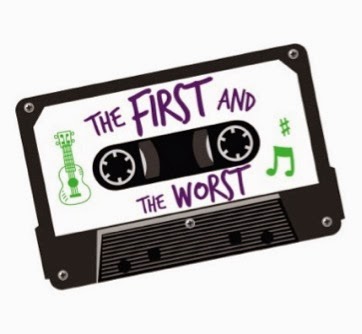 (NASHVILLE, Tenn. – March 16, 2015) Hit songwriter, Rivers Rutherford (“Ain’t Nothing Bout You”/Brooks & Dunn, “Living In Fast Forward”/Kenny Chesney, “Real Good Man”/Tim McGraw), has been added to the star-studding songwriter lineup for the First And The Worst event, which will feature some of Nashville’s most recognized songwriters coming together to perform the first and the worst songs they ever wrote, as well as their songs that have become top-selling records recorded by superstar artists.  The inaugural First and The Worst is scheduled for April 1, 2015 at 3rd and Lindsley.

Hosted by Grammy-nominated songwriter, producer, and music critic Peter Cooper, the evening will also feature Richard Leigh (“Don’t It Make My Brown Eyes Blue” and “I’ll Get Over You”/Crystal Gayle, “The Greatest Man I Never Knew”/Reba McEntire), Liz Rose (“Tim McGraw,” “Teardrops On My Guitar,” and "You Belong To Me"/Taylor Swift), Phil Barton ("A Woman Like You"/Lee Brice, “She Rides Away”/David Nail, “Yeah Yeah Yeah”/Dustin Lynch), Roxie Dean ("When I Think About Angels"/Jamie O'Neal, “Why They Call It Falling”/Lee Ann Womack), and Wynn Varble (“Waitin’ On A Woman”/Brad Paisley, “Have You Forgotten”/Darryl Worley, and “I’m A Little More Country Than That”/Easton Corbin).

All event proceeds from sponsorship tables, ticket sales and the silent auction will benefit Music Health Alliance. The non-profit’s work assists songwriters, artists and music industry professionals in finding affordable health solutions and financial resources at every stage of their career. The mission of Music Health Alliance is to Heal the Music by providing access to healthcare through services that PROTECT, DIRECT & CONNECT music professionals with medical and financial solutions. In two short years, they have saved over $5.5 million dollars in insurance premiums, reduction of medical bills, and prescription savings.
Posted by LovinLyrics at 1:51 PM