JASON MICHAEL CARROLL SETS SIGHTS ON NEW ALBUM ‘WHAT COLOR IS YOUR SKY’ DUE TUESDAY, MAY 5 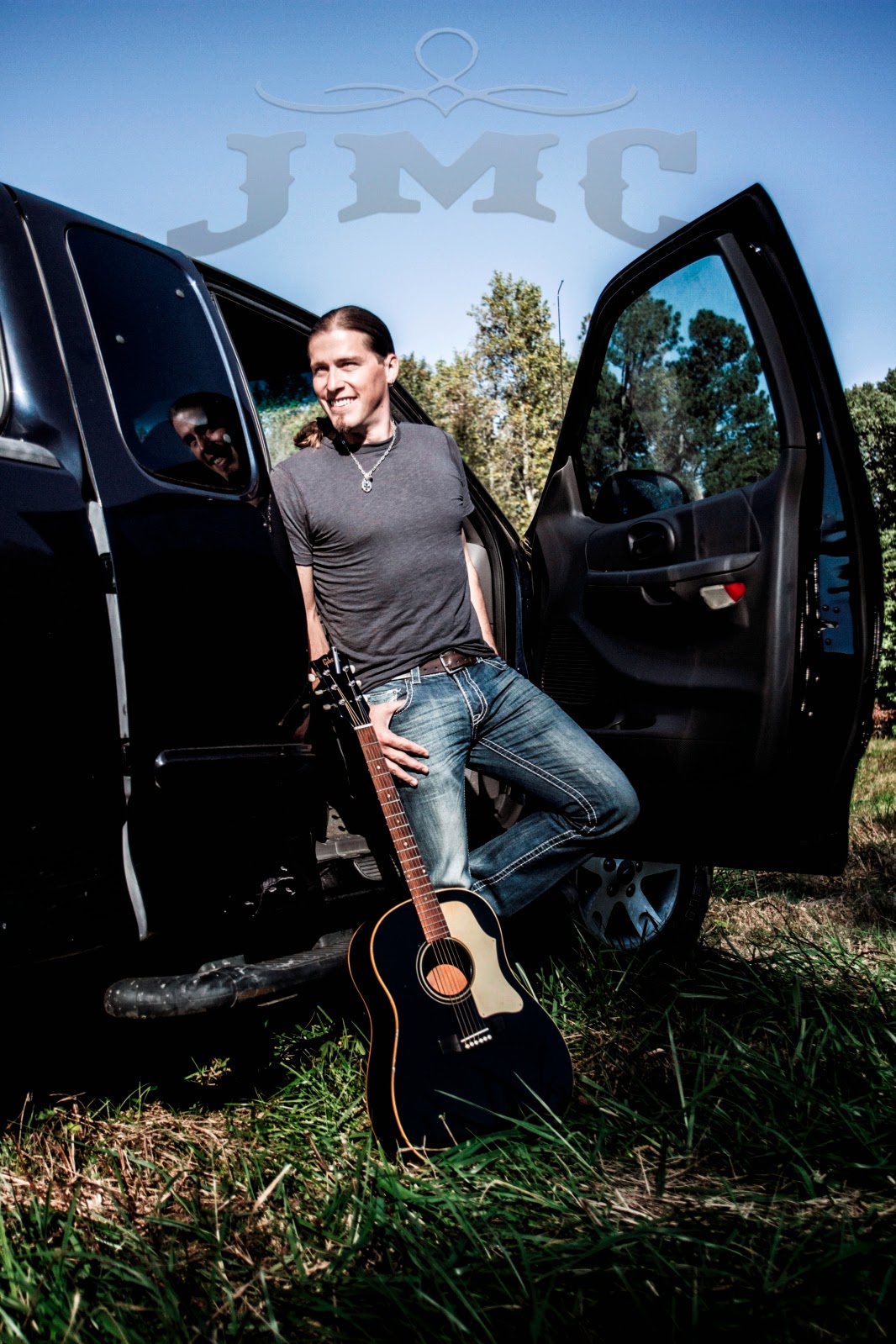 “The theme I hope people take away from this record is Real Life.  Yeah, I want people to move with the party and drinking songs, but I want people to feel the heartbreak too. I want them to feel the urgency in ‘Urgency’ and the sense of standing on the edge of losing everything if something doesn't change in ‘Civil War.’  Real life.”

Country music singer, songwriter, guitarist and hitmaker JASON MICHAEL CARROLL is setting his sights on the Tuesday, May 5 release of WHAT COLOR IS YOUR SKY, his fourth full-length album and first since 2011. The album’s first single “God Only Knows”—notably premiered yesterday with COUNTRY WEEKLY—is available today (3/17) via iTunes and gaining strong support among his long-term loyal fans while already seeing heavy rotation at country radio stations including WCYE in Rhinelander, WI, WVFB in Tompkinsville, KY and WKUL in Cullman/Birmingham, AL.

WHAT COLOR IS YOUR SKY—the self-released (via For The Lonely Records) 15-track collection of songs about love, life, good times, pain, and simple ways sung in CARROLL’s trademark baritone voice and recorded with his band—embodies the emotional essence and storytelling flow of the best country music and reflects his rocking side as well.

Track listing for WHAT COLOR IS YOUR SKY:


JASON MICHAEL CARROLL - Q&A
WHAT COLOR IS YOUR SKY

The new album is uniquely titled WHAT COLOR IS YOUR SKY. Where did that come from and what does it mean to you?

“The title ‘What Color Is Your Sky’ came to me after a hunting trip.  I have always enjoyed social media.  Sharing my thoughts and my life with my fans brings us all closer together.  I came home from a hunting trip and decided to post about my day.  I took a shot that day. I missed, but I took a shot.  There were a lot of factors as to why I missed and I'm not going to get into all of them but it was cold, raining, I was shivering, couldn't hold my gun still, I think the scope was off because I fell out of the tree stand, I'm pretty sure my ammo was wet...whatever the reason, I missed.  I posted about my trip and a lady decided to start in on me about how I ‘shouldn't shoot God’s creatures because they deserve to live as much as I do.’ I tried to calm her down by saying ‘yes ma'am, you're exactly right! If God would've wanted that animal dead, he would've let my bullet hit it!’  That didn't help at all !  After actually trying to calm her down and realizing she only wanted to argue, I typed ‘you're gonna argue no matter what I say so, the sky is blue...go!’  My smart-ass fans jumped in with both feet! I call them that because we all are the same! They get my humor and I am a bit of smart-ass myself! They started posting ‘my sky is green’ or ‘my sky is red.’  Someone posted ‘my sky is purple with a golden hue.’

I typed the words ‘What Color Is Your Sky’ and before I hit post I looked at it and thought, ‘that's a song title.’  I deleted it and stared working on the song.

My next trip to Nashville, I took the idea to my writing team Pete and AJ and later that afternoon we had the song!  We all knew we had something special after we finished it! That's a good feeling. I love when things come together like that out of a totally organic situation.

I thought of several titles for this record.  One was ‘Nondenominational’ simply because I felt my music obviously has been received by my fans and all of the new fans we make at every show even if I'm not in the ‘Nashville’ clique.  I felt it might be too vague and not clearly understood.  Another thought was another song title off of this record, ‘Civil War.’ Again, this felt like a great title but still not capturing the essence of the album.  After weighing several options for album titles, I felt this one [What Color Is Your Sky] evoked a more positive thought and message.  That's something I am trying to surround myself with more, personally and professionally.”

The album’s first single, “God Only Knows” has an affecting lyrical usage of the title phrase and is connecting with your fans and folks at radio--what can you tell us about the writing of the song?

“I love the way songs make people feel things and the way you want to move.  When I was a kid, I remember the song ‘Holding Out For A Hero’ by Bonnie Tyler!  I grew up in a very strict Christian household but I remember before my parents made the switch--cold turkey--to nothing but Gospel, I was well on my way to appreciating 80's Rock like the Cutting Crew ‘I Just Died In Your Arms Tonight,’ any song by Aerosmith, Def Leppard, Poison, and 80's Country from George Strait, Mel McDaniel and Barbara Mandrell.  It was culture shock.  Now don't get me wrong, I appreciate Gospel music but I had the Rock in my blood.  I was bitten and it didn't sting.  I'm chasing rabbits. I remember I wanted to write a song that made people feel, that made people want to move even if it was their first time hearing it!  I went to my writing team (Pete and AJ) and told them about my idea.  I think AJ started the progression for the song and we started writing lyrics.  I'm pretty proud of the outcome.”

This is your first album as a label-free artist and your strong fan support helped you achieve the ability to release this record on your own terms. What are some benefits or challenges you’ve encountered during this new process?

“Benefits? Those are easy to list!  I have fans that support what I do.  They come to shows, they buy several copies of CDs they already have and they bring new friends to shows.  I get to make the music I want to make without the influence of corporate parties or which label is in bed with, or close to, which publisher.  My band--who I trust enough to perform with me night after night--is who I picked as my band for this record! It all makes sense.

Challenges?  The challenges are not having the finances to push our music with the resources that major labels have to push their artists.  Music that is shaping today's accepted norm.  There is no doubt in my mind or my fan’s minds that this record, my music, can stand with all of the music being pushed by major labels but without their bank, we have to work harder.  I'm ok with that.”

What do you want people to take away from this album after listening to it, especially if this is a listener’s first time hearing your music?

“This record [What Color Is Your Sky] is who I am!  It's the songs I felt and wrote by myself or with friends. It’s recorded by my band, people I live, travel and hang with, and it's the way I wanted it to sound.  I hope it connects in a way that makes them feel like they can't wait for the next one!”

If there was one theme tying this collection of songs together, what might it be?

“The theme I hope people take away from this record is Real Life.  Yeah, I want people to move with the party and drinking songs,  but I want people to feel the heartbreak too. I want them to feel the urgency in ‘Urgency’ and the sense of standing on the edge of losing everything if something doesn't change in ‘Civil War.’ Real life.”

You have a wide vocal range and unique way of phrasing which has been showcased throughout your career and is ever-evident on WHAT COLOR IS YOUR SKY. Are there any particular vocalists that influenced you? If so, who and how?  Or was your voice more of a natural discovery?

“When I was a kid, I used to sit in the back of the car while the radio was on and try to sound like the people I heard singing.  I wasn't even trying to sing like the people I heard, I was trying to sound like them.  The singing I guess was something I learned while trying to emulate.  I have always said one of my biggest influences is Steven Tyler.  His stage presence and vocal ability, in my opinion, is unmatched.  I love Vince Gill’s voice and how flawless it is after all of these years.  I have been told several times over the years--and I take it as a huge compliment--that I sound ‘as good if not better’ than my CD's.  I can't even begin to tell you how good it feels when people notice the hard work I put into that especially when I'm working just as hard on the entertaining aspect of our shows.”
Posted by LovinLyrics at 3:44 PM