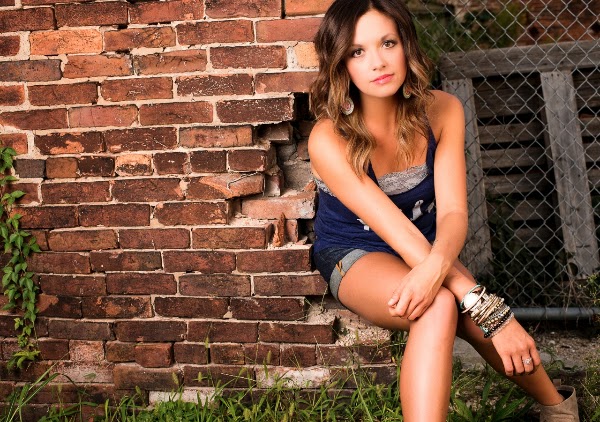 Nashville, TN -- March 18, 2015 – After growing up in the shadows of Bill Monroe, Keith Whitley and The Judds in the blue hills of eastern Kentucky, singer/songwriter CARLY PEARCE will find herself sharing the same stage as her country music heroes when she takes her first steps into the circle to make her Grand Ole Opry debut this spring. The Sirius XM “On The Horizon” artist, whose hit “Blame The Whiskey” is garnering national attention, announced exclusively today during “Mornings with Storme Warren” that she will mark her first Grand Ole Opry performance on May 30.

"Some kids dream of being a doctor and some kids dream of being an actor; I always dreamt of singing on the Grand Ole Opry,” confided Carly. “Anyone who knows me would tell you that. To realize that in two short months I will be singing on the same stage, in the famous circle where my musical heroes have stood makes me feel overwhelmingly blessed."

Carly Pearce’s “Blame The Whiskey” (Barry Dean, Carly Pearce, Laura Veltz) has become a fan favorite on Sirius XM’s The Highway, Spotify and in her live shows. The hit song can be downloaded at iTunes HERE with tickets to Carly’s May 30 Opry debut available HERE.

The Covington, KY native fronted her first band at 11 and moved to Nashville in 2009 to give flight to her musical dreams. Carly’s musical resumé includes numerous performances at Music City’s famed Bluebird Café, hitting the road on the “Country Throwdown Tour” with Florida Georgia Line and Justin Moore, and spending the last year singing with “Pretty Little Liars” star Lucy Hale in her touring band.

Posted by LovinLyrics at 5:54 PM