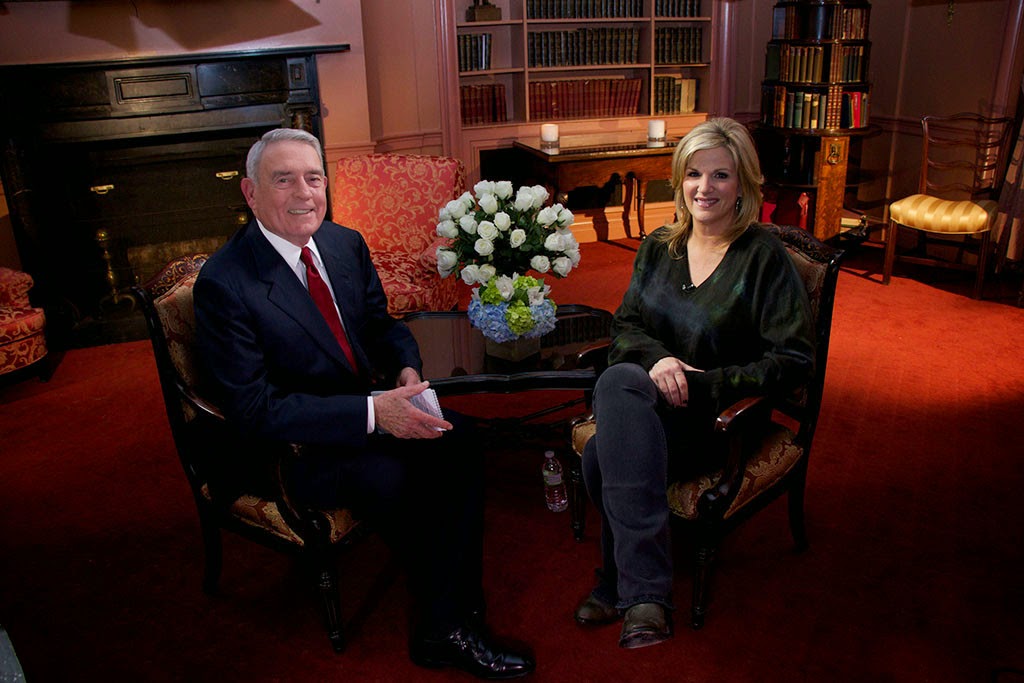 LOS ANGELES – March 20, 2015 – THE BIG INTERVIEW returns to AXS TV with seven new episodes as part of its third season on Tuesday, April 14, at 8 p.m. ET/5 p.m. PT. Hosted by news veteran Dan Rather, the in-depth interview series presents exclusive sit-down discussions with a wide variety of influential figures from all across the entertainment spectrum, as the award-winning reporter gets them to open up about their personal lives and esteemed careers. In the first-half of its third season, which premiered on January 13, THE BIG INTERVIEW featured a roster of A-list guests including Carlos Santana, Wynonna Judd, and Don Rickles, among others.

Season three continues with an impressive roster of award-winning entertainers, kicking off with beloved country star Trisha Yearwood on April 14, as the three-time GRAMMY® winner discusses her lifelong drive to sing, her marriage to fellow country superstar Garth Brooks, and her biggest regrets. Then, as a special lead-in to the network’s broadcast of the Stagecoach Country Music Festival, legendary 20-time GRAMMY® winner, singer, songwriter, musician, and Country Music Hall of Fame inductee Vince Gill joins Rather on April 21.

Also appearing on THE BIG INTERVIEW this season is GRAMMY®-winning singer, songwriter and Fleetwood Mac vocalist Lindsey Buckingham on April 28; critically acclaimed singer, songwriter, actor and record producer Josh Groban on May 5; Southern Rock superstars Florida Georgia Line on May 12; Paul Haggis, the two-time Oscar®-winning filmmaker behind such films as CRASH, MILLION DOLLAR BABY and CASINO ROYALE, on May 19 and a true musical icon Frankie Valli on May 26.

“AXS TV is proud to continue THE BIG INTERVIEW’s third season with six all-new episodes featuring some of the industry’s most notable names,” said Michele M. Dix, AXS TV’s senior vice president, programming and development. “The roster includes eclectic guests who each have interesting backstories to share from their journeys in music and film. That, combined with Rather’s gift for curiosity and insight, promises to create some memorable moments that our viewers won’t want to miss.”