(Nashville, Tennessee...) - Brisk temperatures outside provided a sharp contrast to the hot music inside the packed venues across Nashville on Saturday, the fifth and final night of the 23rd Annual Tin Pan South Songwriters Festival Presented by Regions Bank. All five nights of the world's largest songwriter festival showcased over 350 writers - from rising tunesmiths to Grammy winners and multi-platinum artists in virtually every genre of music - in 10 of Music City's top clubs

Highlights Saturday night included Rock and Roll Hall of Fame and Songwriters Hall of Fame inductee Steve Cropper joining Joie Scott, Jim Peterik, Danny Wells and Roger Cook at the Sutler Saloon to sing his hits "Sitting On The Dock of the Bay," "In The Midnight Hour" and "Knock On Wood." Sharon Vaughn ("My Heroes Have Always Been Cowboys") sang a new song she wrote with Josh Jenkins at The Listening Room Café. 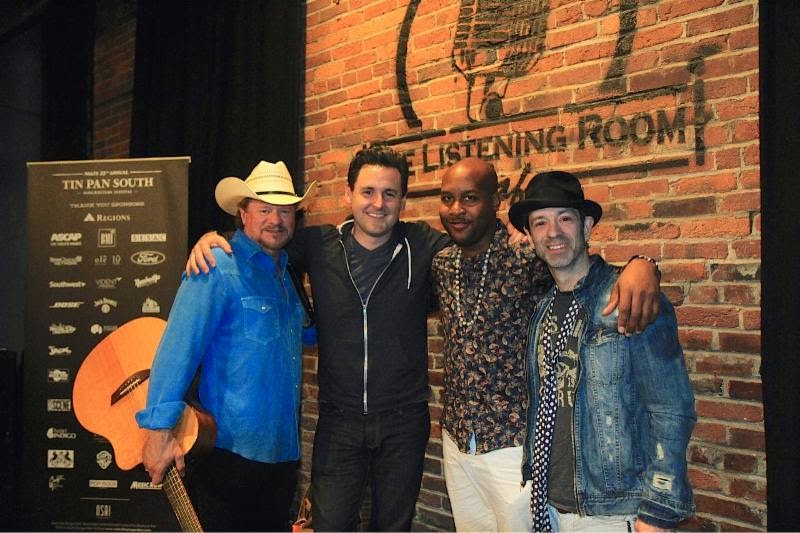 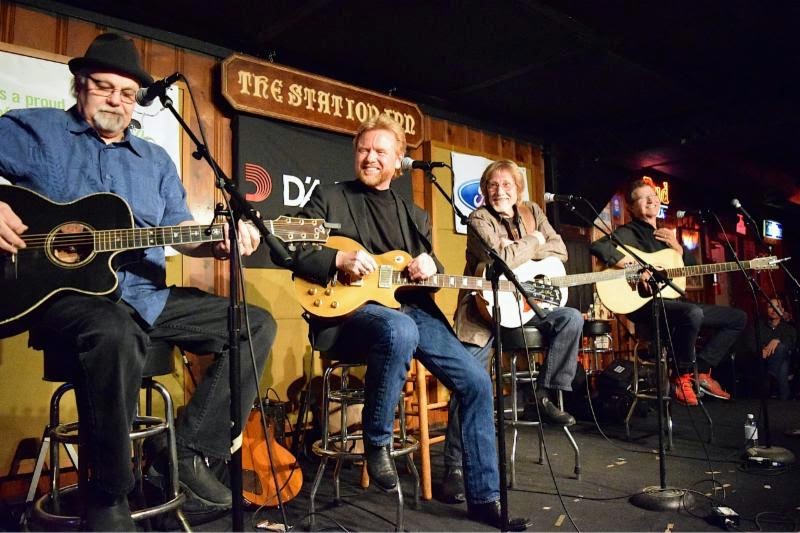 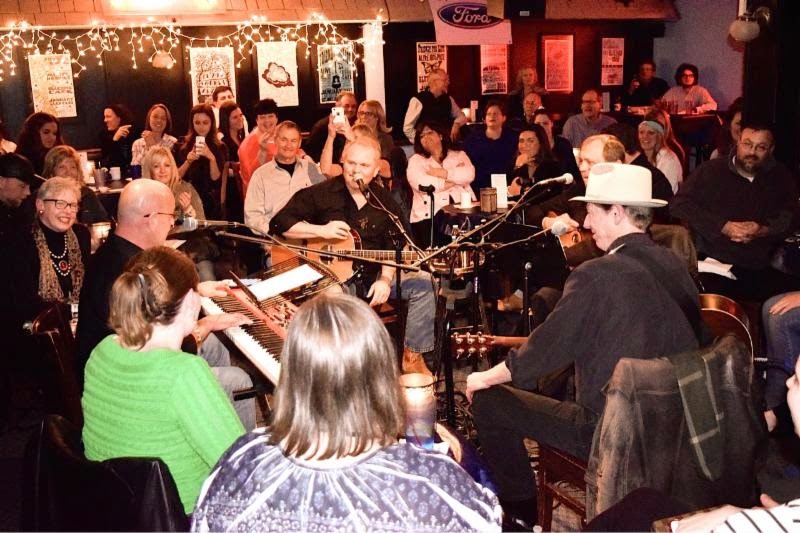 For the third time during last week's Festival, sponsor Southwest Airlines surprised patrons at one venue with $100 vouchers toward future air travel. The 100 attendees at Saturday night's Bluebird Café late show starring Kent Blazy, Dennis Matkosky, Alan Rhody and Kim Williams whooped and cheered, when the announcement was made.

Produced by Nashville Songwriters Association International (NSAI), Tin Pan South reigns as the world's largest all-songwriter festival. Thousands of music fans attend the event annually to hear songwriters tell stories behind hit songs they have written and perform the songs as they were originally composed. Regions Bank returned for the eighth year as the presenting sponsor of this year's event.

Dates for next year's Tin Pan South Songwriters Festival will be announced in the coming weeks.

Posted by LovinLyrics at 5:41 PM