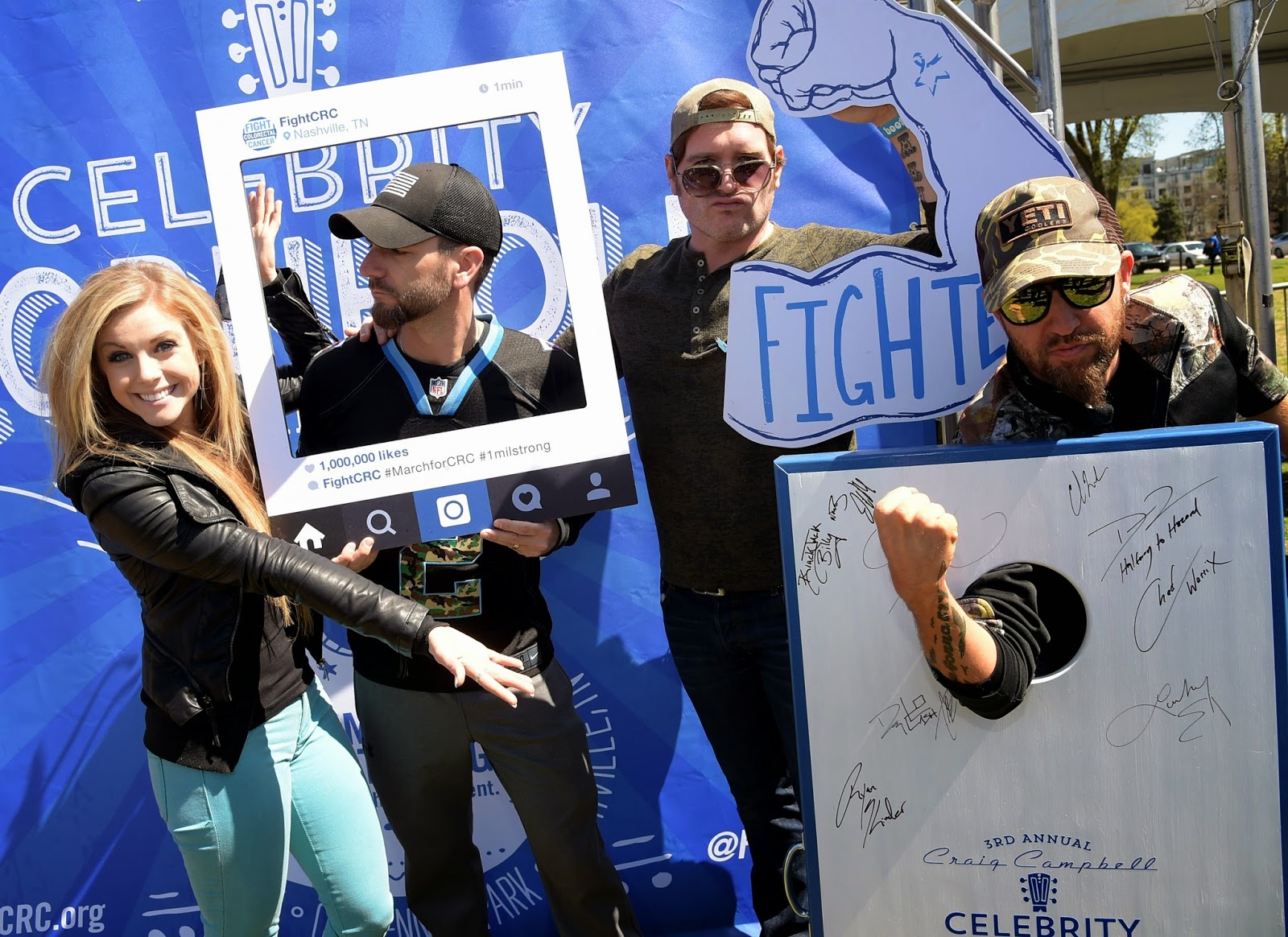 Brad Cummings from the band Blackjack Billy, was part of the winning team of the 3rd Annual Craig Campbell Celebrity Cornhole Challenge. The day wrapped with a One Million Strong march around Nashville’s Centennial Park, while Jerrod Niemann, Charlie Worsham and Campbell closed-out the day with special performances in the park.

Through One Million Strong events, Campbell met colon cancer survivor, Rose Hausmann, and the two proudly co-wrote the song “Stronger Than That” to support the Fight Colorectal Cancer awareness campaign. The singer-songwriter was joined by Hausmann on stage for a special duet of their impactful song. 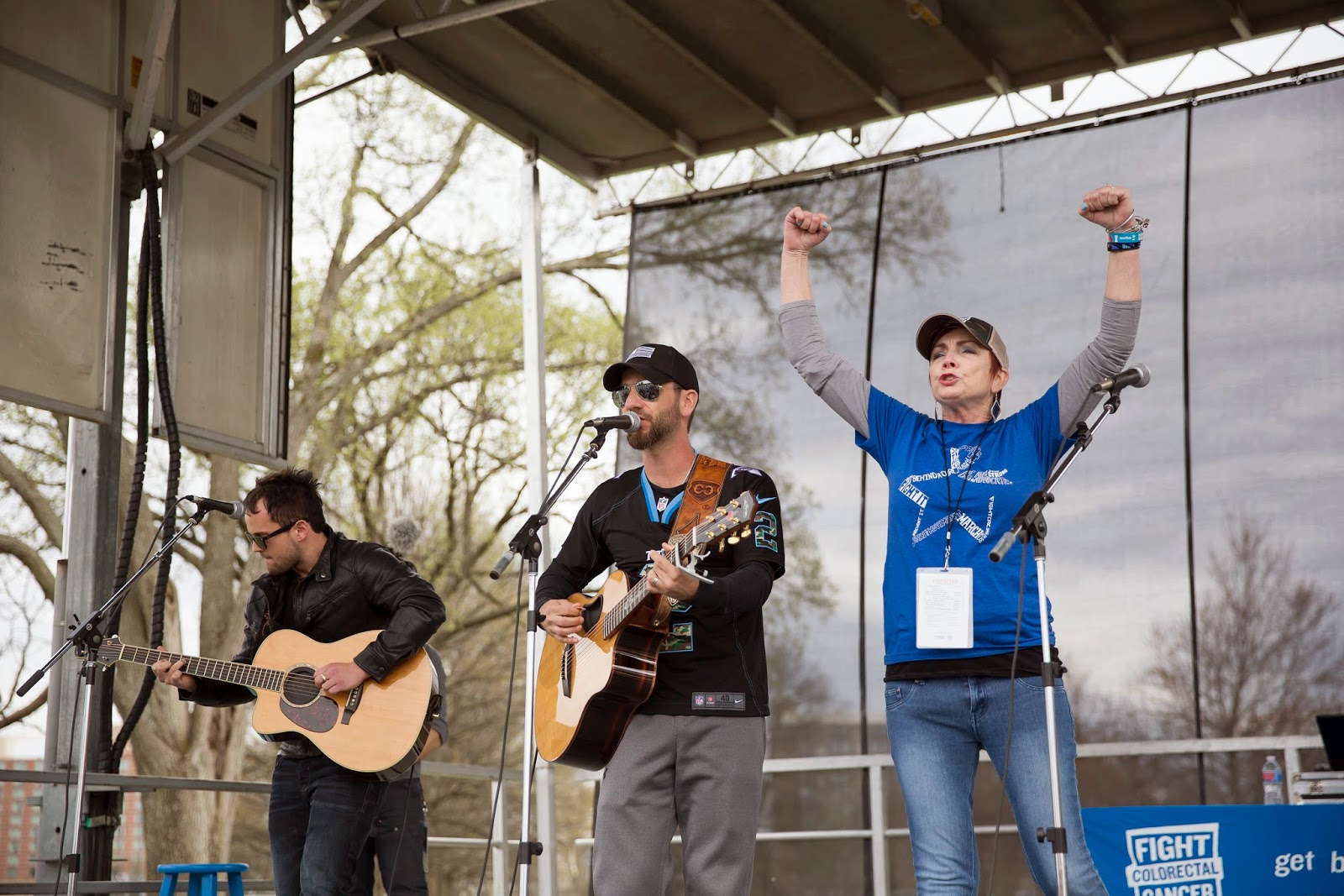 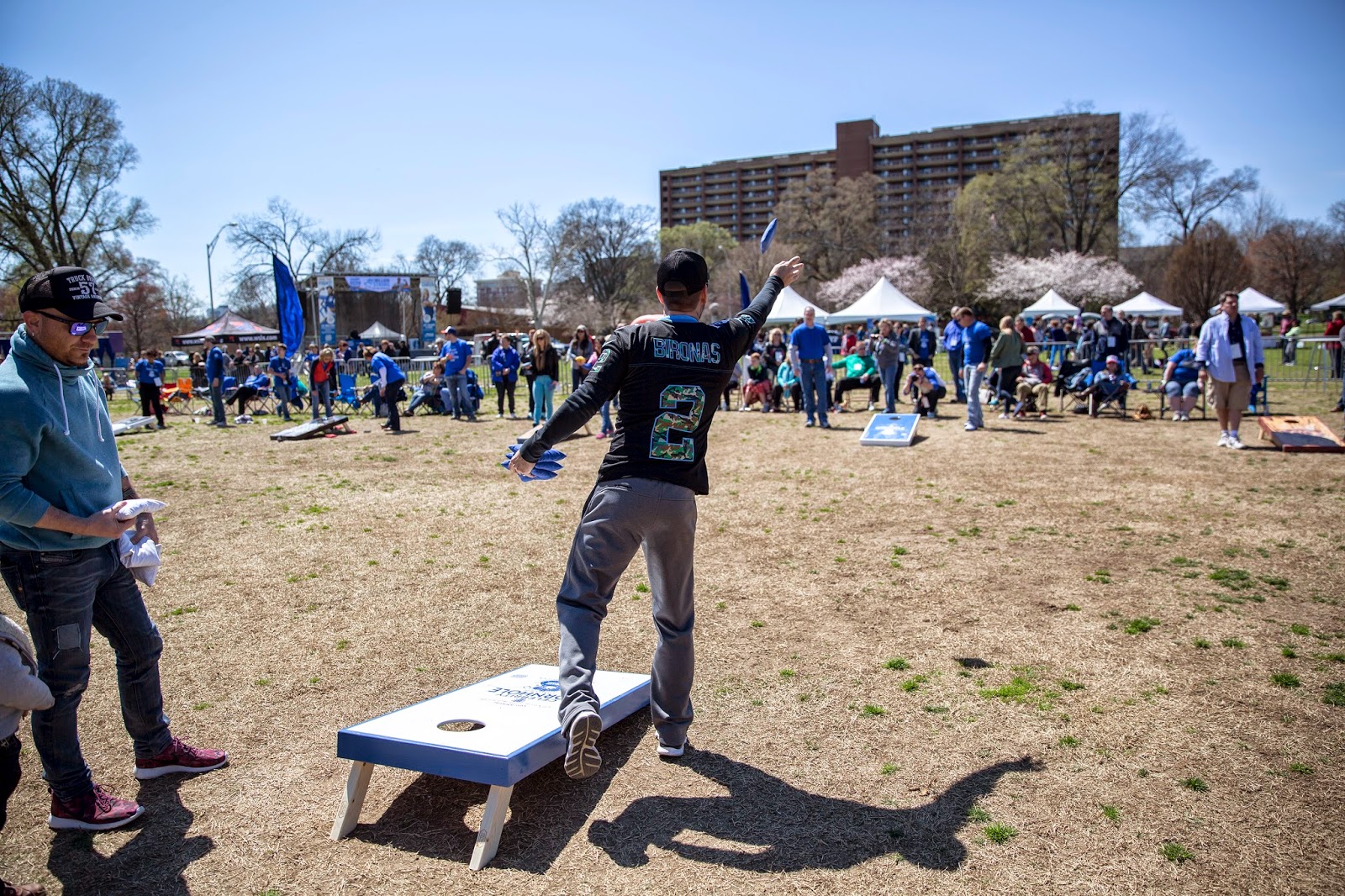 Colorectal cancer is close to Campbell’s heart, as his father was diagnosed with the disease when Campbell was only 11-years-old, and passed away within a year. As a national spokesperson for the cause the talented artist is donating all proceeds from download sales of the song to Fight CRC, while Bayer HealthCare is giving Fight CRC $1 for each #StrongArmSelfie photo or brief video posted publicly to Twitter, Instagram, or Vine, up to a maximum of $25,000.
Posted by LovinLyrics at 1:12 PM