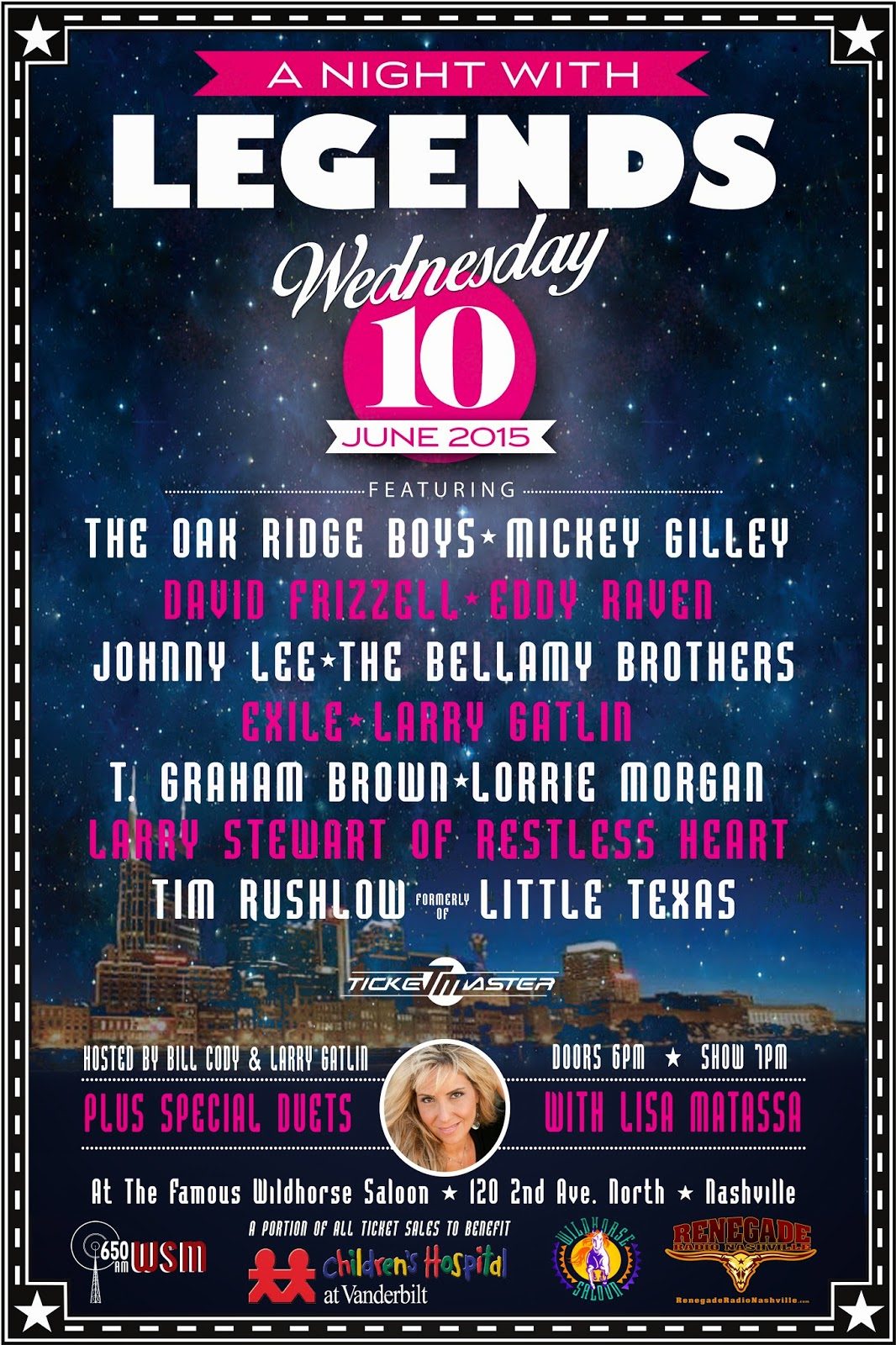 The stars will shine brightly on Wednesday, June 10 as a line-up of country music legends assemble at the famous Wildhorse Saloon on 2nd Avenue in downtown Nashville to raise funds for The Children’s Hospital at Vanderbilt.  Artists confirmed to perform include The Oak Ridge Boys, Mickey Gilley, Larry Gatlin, The Bellamy Brothers, Lorrie Morgan, Eddy Raven, T. Graham Brown, David Frizzell, Restless Heart’s Larry Stewart, Tim Rushlow (formerly of Little Texas) and Exile.  Long Island songstress Lisa Matassa, who recently recorded a duets album with each of these performers, will collaborate with various artists throughout the evening.

Tickets go on sale through TicketMaster on Wednesday, April 29 with prices ranging from $15 - $120; includes seating options from General Admission to Front Row. Doors open at 6 p.m.

Posted by LovinLyrics at 5:52 PM