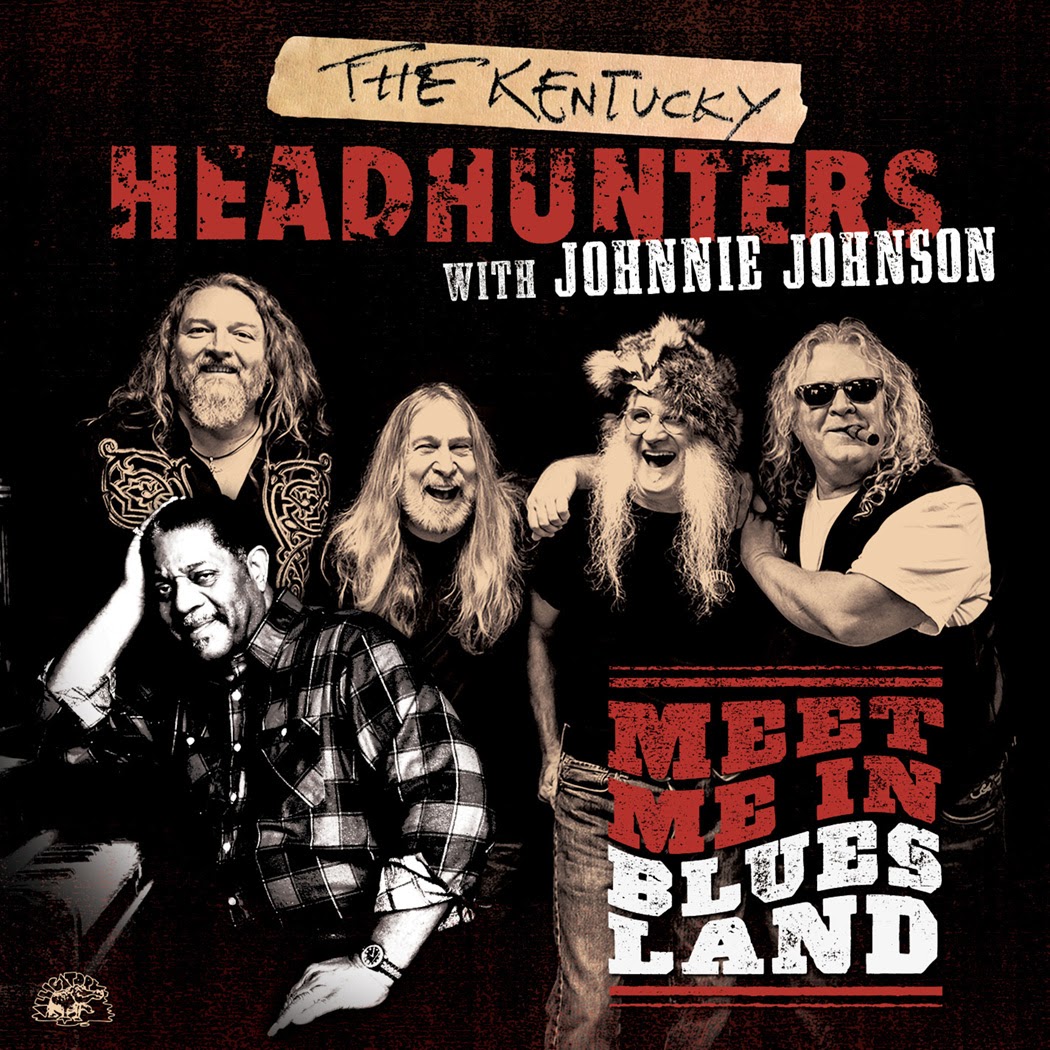 NASHVILLE, Tenn. (April 1, 2015) – Alligator Records has set a June 2 street date for Meet Me In Bluesland, a previously unreleased album by Grammy-winning Southern blues-rockers The Kentucky Headhunters with pianist Johnnie Johnson, a Rock and Roll Hall of Fame inductee. The performances found Johnson -- the man Rolling Stone called “the greatest sideman in rock and roll” for his groundbreaking piano work with Chuck Berry -- playing some of the deepest and most rocking blues piano of his legendary career. With The Kentucky Headhunters at their down-home best, the record is a country-fried, blues-infused party from start to finish.

On January 25, 2003, Johnson joined his hosts, The Rolling Stones, for a rousing rendition of Honky Tonk Women at Houston, Texas’ Reliant Stadium. After hanging out all night with Keith Richards, Johnson got on a plane and flew to Kentucky. There he reunited with his good friends, brothers Richard and Fred Young, Greg Martin, Doug Phelps and Anthony Kenney, known worldwide as The Kentucky Headhunters. The plan was to have Johnnie lay down some piano for the band’s upcoming release, Soul. But the vibe was too strong and the music too good, so the tape just kept rolling. With songs and arrangements furiously being created on the spot and everything recorded live as it happened over the course of three days, a magical musical event was underway. Because the whole session was spontaneous, there were no immediate plans to release an album. After Johnnie’s death in 2005, the tapes, while never forgotten, remained unissued.

With the release of Meet Me In Bluesland, these timeless and rollicking performances are available for the first time. The album grooves from the raunchy rock of Stumblin’ to the slide-fueled Superman Blues to the roof-raising version of Little Queenie to the rocking Party In Heaven to the salacious She’s Got To Have It (the last vocal Johnson ever recorded).

“The minute Johnnie sat down with us, the music was a kind of ecstasy,” says guitarist/vocalist Richard Young. “Johnnie made us play like real men,” adds guitarist/vocalist Greg Martin. “Playing with him, the groove got bigger and much more grown up.” Drummer Fred Young explains, “We all admired Johnnie from the start. The first time we played with him was the first time I ever felt like we were doing it right. The music we made on Meet Me In Bluesland is as good as it gets.”

The relationship between Johnson and The Kentucky Headhunters dated back to 1992. Headed to New York for a Grammy Awards party, Greg picked up the new Johnnie Johnson CD, Johnnie B. Bad, for the ride. The band listened to nothing else all the way to New York. Having no idea he’d be at the party, they were shocked to see Johnnie Johnson sitting alone at a table. After some quick introductions, the musicians talked for hours, becoming fast friends. In 1993 they released their first collaboration, That’ll Work, on Nonesuch. They took the show on the road, playing gigs from the West Coast to New England, from Chicago’s Buddy Guy’s Legends to New York City’s Lone Star Café. They performed at The Jamboree In The Hills in Belmont County, Ohio, where Johnson, with the Headhunters triumphantly jamming behind him, played to over 30,000 fans.

From their very first meeting, Johnson and The Kentucky Headhunters stayed close, getting together whenever possible. In 2003, when the band asked Johnson to record with them again, he couldn’t wait to get back to Kentucky and make music with his friends. “Johnnie’s music was spontaneous, organic, magic energy,” says Greg. “During the recordings, everything was off-the-cuff and easy; a higher power just took over. This album is special, and we’re very happy in 2015 that it’s coming to fruition.” Adds Fred, “Johnnie gave us the gift of letting us know what it was like to do something great.”

Posted by LovinLyrics at 2:14 PM