Tickets On Sale Now at Ticketmaster.com 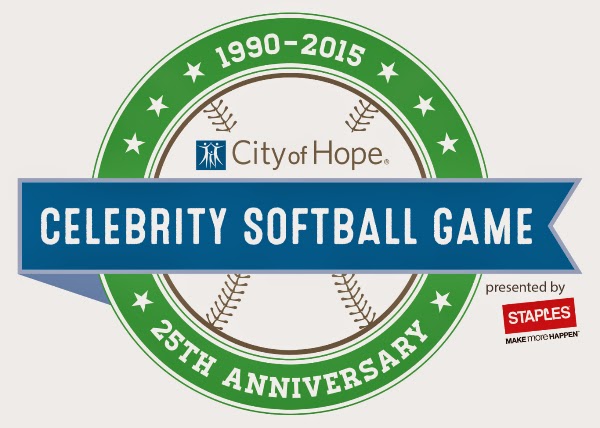 Nashville, Tennessee - (April 2, 2015) - A fan favorite event and longstanding tradition of CMA Music Festival, the City of Hope Celebrity Softball Game will commemorate 25 years of striking out cancer on June 13 at 9am from the new First Tennessee Park in Nashville.

The 2015 milestone event will celebrate the 25th anniversary of the Celebrity Softball Game, which has seen Country Music’s biggest stars, including Carrie Underwood, Darius Rucker, Florida Georgia Line, Jason Aldean, Luke Bryan, Scotty McCreery, Vince Gill and many more, take to the field over the years in support of City of Hope’s lifesaving mission.

Tickets for the 25thAnnual City of Hope Celebrity Softball Game are on sale now at Ticketmaster. The full line-up of celebrity players stepping up to the plate on the Grand Ole Opry and iHeartRadio teams will be announced in the coming weeks.

City of Hope is a leading research and treatment center for cancer, diabetes and other life-threatening diseases. Researchers and doctors at the institution quickly transform scientific discoveries into better treatments and prevention strategies for people around the world. Support from the Nashville community and its country music artists directly benefit City of Hope’s mission to find cures for cancer.

Tickets for the game can be purchased through Ticketmaster. Learn the latest on the line-up of celebrities and game information at www.cityofhope.org/softball. Those not able to attend the game can still support the cause. A variety of unique merchandise and experiences, including meet-and-greets with the hottest artists, will be available for bid at charitybuzz.com. The proceeds will benefit City of Hope’s mission to eradicate cancer and other life-threatening diseases.