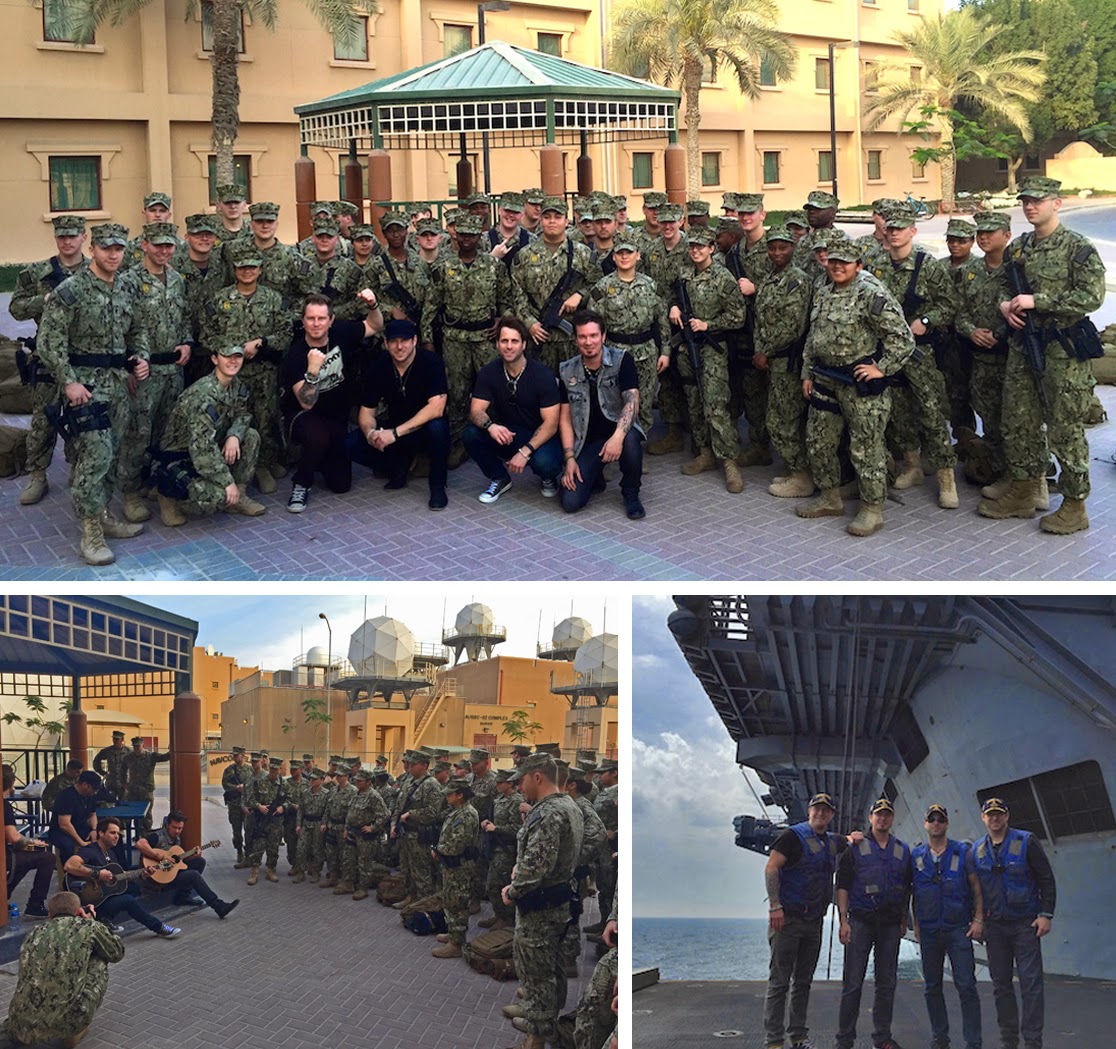 (Nashville, TN)~ Parmalee recently returned to U.S. soil after embarking on its first Navy Entertainment Tour, taking the chart-toppers through six countries in nine days to perform for our U.S. military troops.

Also the band’s first-ever trip overseas, the whirlwind journey took them through England, France, Ethiopia, Qatar, Bahrain, Camp Lemonnier in Djibouti, Africa, as well as aboard the USS Dewey, a destroyer ship in the Persian Gulf, and the USS Carl Vinson, an aircraft carrier ship.

"Probably the coolest, most touching moment is when we went to play on the battleship the USS Dewey," lead singer Matt Thomas told People. "We were on the big aircraft carrier, the USS Carl Vinson and then we took a helicopter to the small battleship. They told us when we got on that battleship that some of these people have been active 14 years and have never had anybody come visit them. The entertainment always goes to the big ships, but nobody ever comes to the small ships."

Country music’s “band of brothers” continues to ascend the U.S. country radio charts with new single, “Already Callin’ You Mine,” the follow-up release to consecutive hits “Carolina” and “Close Your Eyes” from the band’s debut album FEELS LIKE CAROLINA.

Watch the lyric video for “Already Callin’ You Mine” on VEVO.
Posted by LovinLyrics at 2:59 PM