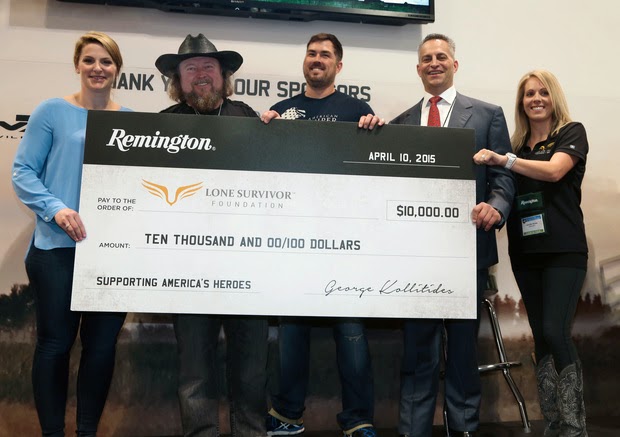 NASHVILLE, TN (April 13, 2015) - NRA Country artist Colt Ford, and Remington Outdoor Company presented a check for $10,000 to the Lone Survivor Foundation during this year's NRA 2015 Annual Meetings & Exhibits this past weekend in Nashville, TN. Founded by US Navy Seal (Retired) Marcus Luttrell, the Lone Survivor Foundation restores, empowers, and renews hope for our wounded service members and their families through health, wellness, and therapeutic support.

Additionally, Ford, with the help of Remington and Marcus Luttrell, premiered "Workin' On," a short film and accompanying PSA based on the song from his 2014 #1 Billboard release, Thanks For Listening. The music video for "Workin' On" premiered today on CountryWeekly.com. Proceeds from downloads of the song,"Workin' On," benefit the Lone Survivor Foundation.