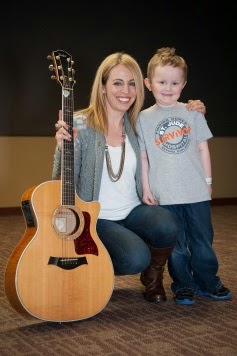 If you're a country music fan, you're probably very familiar with this Saturday’s St. Jude Country Music Marathon in Nashville. The race attracts 30,000 runners from around the world and benefits St. Jude Children’s Research Hospital. Those who particpate and raise funds are known as St. Jude Heroes and that's exactly what they are, helping kids who are battling cancer and other life threatening and terminal diseases.

Among this year's St. Jude Heroes is Jenn Schott, a  singer/songwriter who wanted to do more than just run and raise money. She truly wants to help raise awareness and bring attention to the misson of St Jude. Jenn joined forces with Parallel Music Publishing and songwriter Michael White and produced a song they've titled "Winning” which came from the inspiration of Ian, a 7 year old St. Jude patient. 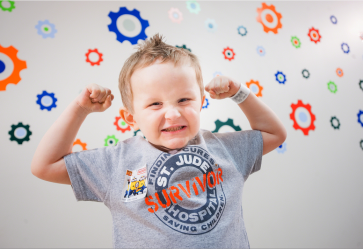 Ian, a brain cancer survivor who was treated at St. Jude Children’s Research Hospital, will be present at this weekend's Country Music Marathon. Running in his honor is a team named Ian’s Rockin’ Runners. This year mark's Ian's 5 year post treatment anniversary. To celebrate this very important and signficant year, Ian will not only be present at the run, he will be running the 5K with his mom while his dad runs the half-marathon. Ian's Rockin' Runners, determined to raise at least $5,000.00
have already surpassed that goal. Ian's St. Jude journey to wellness and a new life gave Jenn the inspiration to write and surprise them with this song which debuts this month on Country Music Nation. Jenn will perform the song at a party for St. Jude Heroes being held at the Music City Center Friday night, April 24, with Ian and his family in attendance. Ian’s dad is also going to share his family’s story as a guest speaker at the event.


"Winning" is available on iTunes and 100% of the sales go directly to benefit St. Jude Children’s Research Hospital.

Generosity is what we here at Lovin' Lyrics are about - giving back to those who truly need it, who give to others and who make an impact on hearts. These songwriters have done that in such a large scale way. We'd like to share the song with you and hope that you'll purchase the song and maybe consider a donation in addition to your download to Ian's Rockin' Runners on Ian's behalf.

Jenn
Posted by LovinLyrics at 4:08 PM