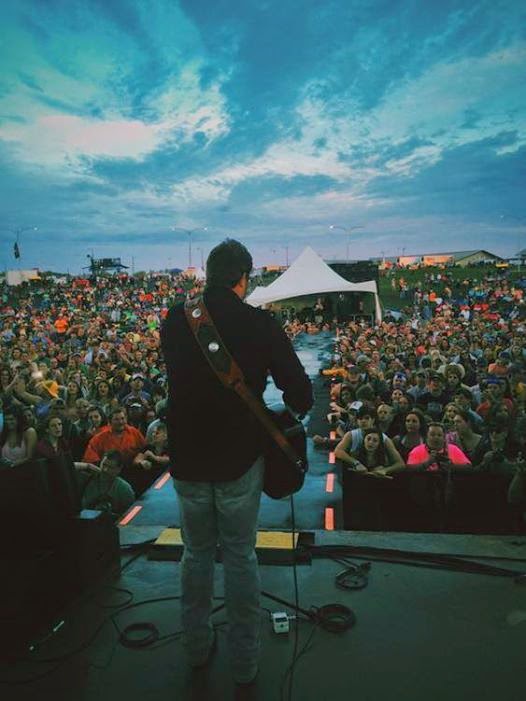 NASHVILLE, Tenn. (April 27, 2015) – High winds and rain couldn’t hold Randy Houser back from performing at the Toadlick Festival in Dothan, Ala. on Saturday, April 25. Although storms damaged the outdoor stage and much of the artists’ equipment, Houser stepped up to the plate and worked with festival promoters to rig a small PA system so he could play an acoustic set for the diehard fans who were willing to brave the wet weather. Craig Campbell was the only other performer on the night's lineup who performed before the festival was forced to shut down.

Check out a clip of Houser’s performance here.

As reported by WTVY 4, “the festival was cancelled before many of [the night’s] headliner’s could take the stage – including Ronnie Milsap, Sam Hunt and Alabama. There was a silver lining to the dark clouds: Randy Houser and Craig Campbell did perform acoustically for the crowd.”

Fans tweeted their appreciation, with @Uwantcountry saying, “Shout out to @RandyHouser for braving the weather @ToadlickMusic yesterday and making the fans happy!” and @HashtagBritt writing, “Thank you so much for coming out for us @RandyHouser. Blew me away! @ToadlickMusic.” @MirandaJo05 added: "I have so much respect for @RandyHouser and @craigcampbellTV for sticking out the weather and still playing! #Toadlick2015 #acoustic"

Houser's new single, “We Went,” is currently at country radio and debuted on Rolling Stone Country today, April 27. Written by Justin Wilson, Matt Rogers and John King, the song is the first taste of Houser’s forthcoming studio album on Stoney Creek Records. He will continue to perform headlining shows and joins Luke Bryan’s Kick The Dust Up Tour, commencing May 1 in Canada and May 8 in the U.S.
Posted by LovinLyrics at 9:38 AM