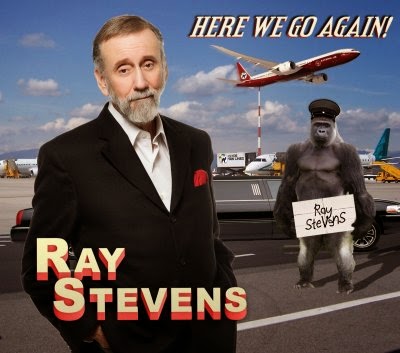 "They tell me my new CD 'Here We Go Again' debuted at #4 on Billboard's Comedy Album Chart," says Stevens.  "It's good to be on the charts!"

New songs on the album include, "Taylor Swift Is Stalkin' Me," "Pickin' On The Chicken," "The Baptism Of Stumpy Brown," "There Must Be A Pill For This," "Walkin' The Dog" and "A Handshake Will Do," among others, all of which return to Stevens' classic trademark brand of humor.

Here We Go Again! is available through Steven's newly created label, Player Records, and distributed nationally via Sony RED.  The album is available in-stores and online at iTunes, Amazon.com and Google Play.

For more information on Ray Stevens, visit www.raystevens.com
Posted by LovinLyrics at 11:53 PM