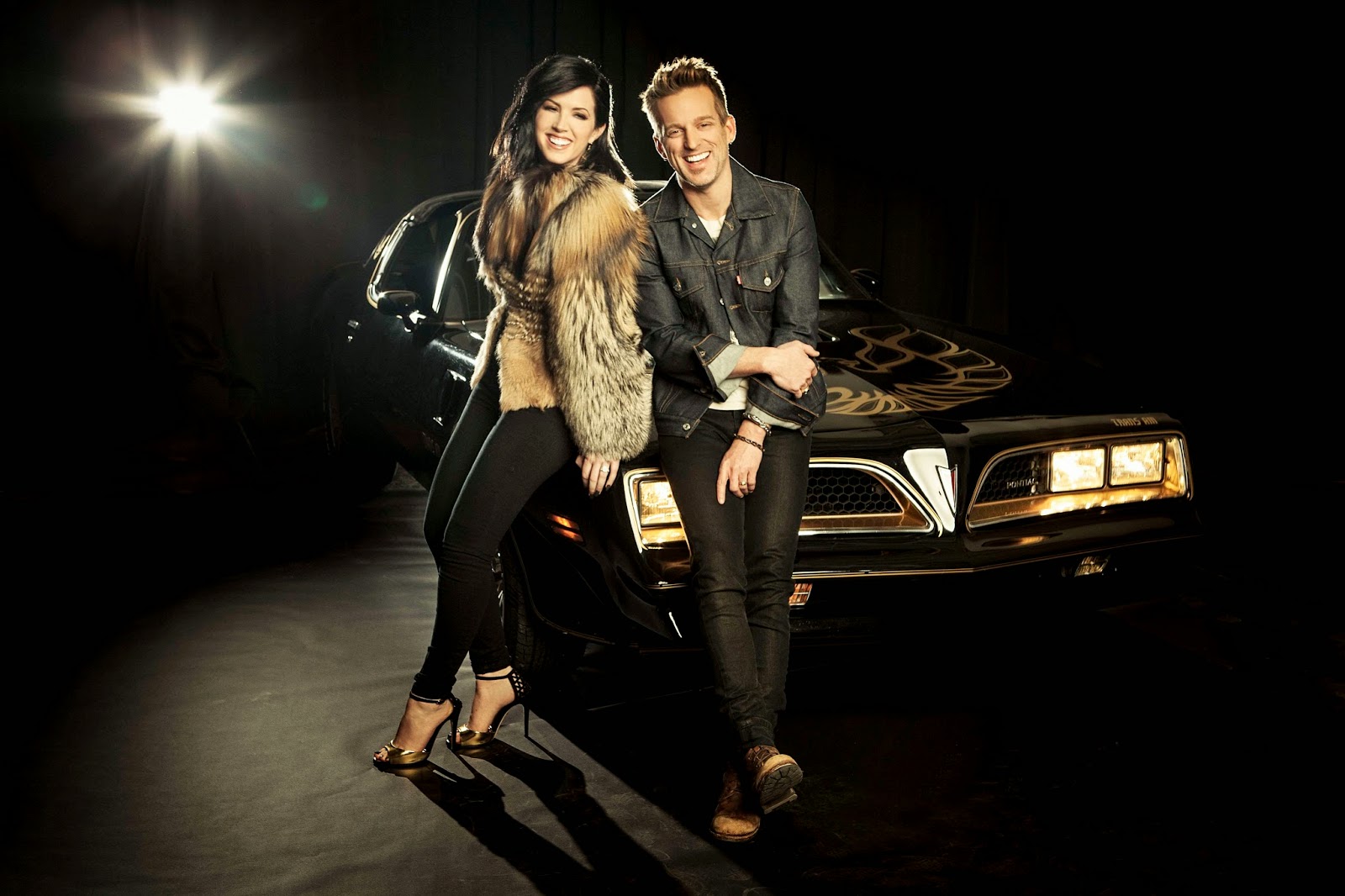 “It feels great to know that our friends at Country radio are still with us after all these years, are still excited about our music, and are embracing the new evolution of Thompson Square,” says Keifer Thompson about the outstanding support for “Trans Am.”

“Trans AM” showcases a grittier, fun-loving side of the married duo. The song captures the brazen passion and energy of Thompson Square’s live shows, something fans have long since celebrated.

That same fun-loving side is profiled in a six-page spread featured in the April 20th issue of Country Weekly, on stands now. Keifer and Shawna Thompson show off some of their favorite rides from their personal collection – from Keifer’s 2008 Victory Vegas to the couple’s revamped, custom 1971 Bronco. Of course, the 2013 ACM “Vocal Duo of the Year” also discuss their fondness for the Trans Am and how the “dream machine” inspired not only Thompson Square’s new single, but its upcoming album as well.

Fans can purchase “Trans Am” at digital retailers now: http://smarturl.it/transam

The duo of Keifer and Shawna Thompson are a force to be reckoned with in the modern day Country music landscape. International Country music stars, Thompson Square has topped the radio charts across the Unites States, Canada and Australia with #1 hits “Are You Gonna Kiss Me Or Not,” “If I Didn’t Have You” and “Everything I Shouldn’t Be Thinking About,” respectively.

After taking its headlining “Just Feels Good Tour” across the U.S., Asia and Australia in 2014, Thompson Square took time off to collaborate in the studio with both Dann Huff and celebrated producer Mickey Jack Cones (Dustin Lynch/ Joe Nichols) to work on the Stoney Creek Records duo’s upcoming third album.

The result is a barefaced, emotionally charged and gutsy sound from the married duo that was honored as both the ACM and CMA “Vocal Duo of the Year” in 2012. Thompson Square continued its streak in 2013, once again securing the ACM Award for “Vocal Duo of the Year.” In all, Thompson Square has scored three #1 hits, six Top 20 hits, seven mainstream industry awards, over 25 award nominations and appeared on major media franchises from The Tonight Show, Jimmy Kimmel Live, Conan, CBS This Morning to Elle, Glamour, People, Rolling Stone, USA Today, USA Weekend and many more.

For more information visit: http://www.thompsonsquare.com
Posted by LovinLyrics at 11:50 PM