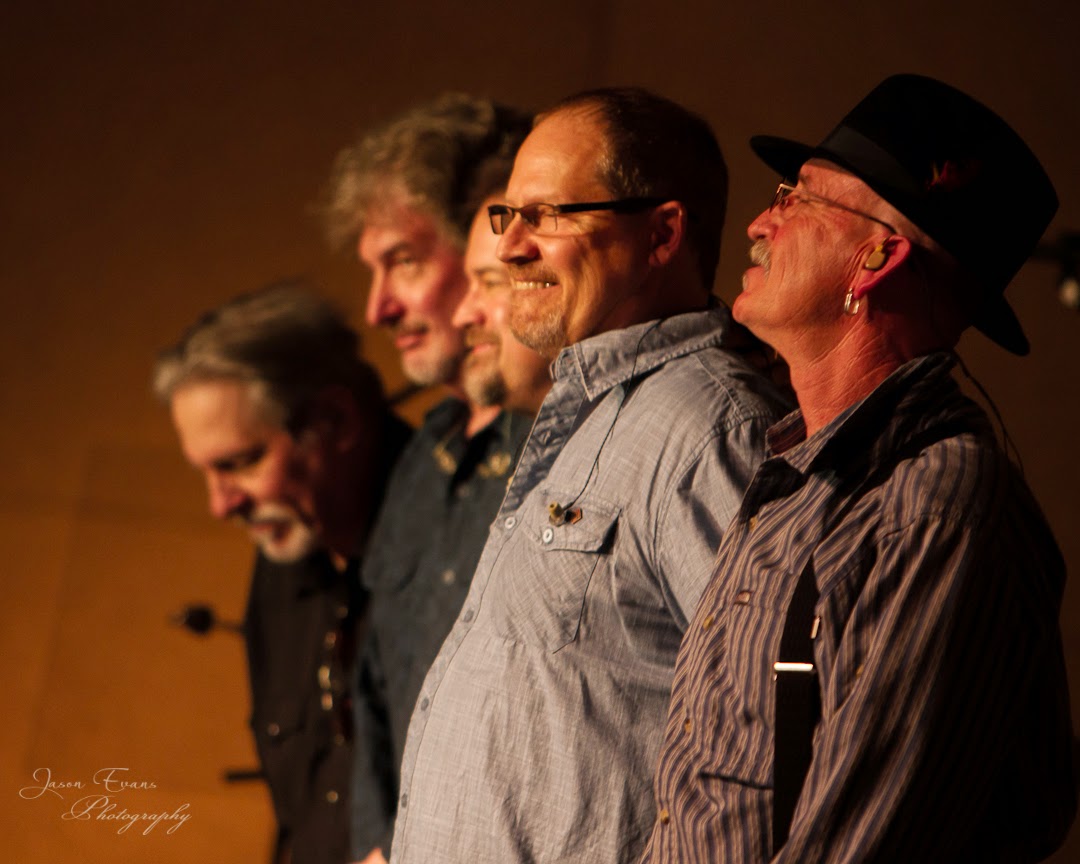 Legendary country supergroup, Restless Heart is celebrating their 30th anniversary together with all five original members.

Restless Heart made a stop at the Red Barn Convention Center in Winchester, OH on Saturday night April 11, 2015 with Larry Stewart on lead vocals and acoustic guitar, Dave Innis on keys and vocals, Paul Gregg on bass and lead vocals, Greg Jennings on lead guitar and vocals, and John Dittrich on drums and lead vocals. Opening the show tonight was a bluegrass band named The Cantrell Family. The Cantrell Family is the Red Barn Convention Center's regular house band. A short intermission followed the Cantrell Family's 45 minute performance as a quick stage set up took place in reparation for the headliners of the evening.

Restless Heart took the stage with their up tempo performance of "Let The Heartache Ride". The next performance was dedicated to the ladies in the audience as the band started the familiar strains of "That Rock Won't Roll". The show was filled with all of Restless Hearts biggest hits plus some as they took me back to my childhood in the 90's when I would watch their music videos on CMT or TNN. More of those hits that they performed included "Why Does It Have To Be (Wrong or Right)", "Fast Movin' Train", "Wheels", and "Dancy's Dream".

As part of the band's 30th anniversary, they performed a medley of hits celebrating and thanking the artists that first allowed Restless Heart to perform as part of their tours and allowed them to bring their music to others. In this medley of hits they played portions of covers of The Judds "Why Not Me", Vince Gill's "Liza Jane", Hank Williams Jr's "Family Tradition", Alan Jackson's "Mercury Blues" and Alabama's "Mountain Music". The band then left the stage as Paul Gregg was left alone in the spotlight as he bids the crowd a heartfelt "Thank You and Goodnight!", laughing and saying "Just kidding, alone at last" almost like a child up to no good but the he put put all jokes aside and got serious for a moment as he introduced the talented Dave Innis on keys who remained onstage to accompany him. Paul went on to thank the service men and women in the audience, asking them to stand which resulted in a deafening eruption of applause and cheers. After celebrating the honor of these veterans, Paul dedicated the next song to all of the service members of this country and their families with a number entitled "Home" that left goosebumps on my forearms and tears in the eyes of many fans.

The band showed amazing camaraderie and collaboration on their faster paced version of "Hummingbird" which showcased the band members individually with solos on their respective instruments and Larry's fun loving antics on stage as he joined them in their instrumental solos and introduced each member of Restless Heart to the crowd. The amazing harmonies that this band possesses and the instrumental skills truly is amazing and is really amplified in their live performance. They really expressed those harmonies in their next performance of "I'll Still Be Loving You", which was featured in CMT's top 100 Greatest Love Songs in 2004 as couples slow danced in front of the stage. They finished their set with one more great hit, "The Bluest Eyes in Texas" and a cover of ZZ Top's "Sharp Dressed Man". With the crowd on their feet in a standing ovation, the band left the stage, only to return with one more song. Larry Stewart and the boys of Restless Heart concluded the night with an encore performance of "Big Dreams in A Small Town" and invited the audience to come out and meet them at the merchandise table.

Please take the time to visit www.restlessheartband.com and check out their tour schedule, pick up tickets to a show or pick up their latest CD which is re release of a limited edition CD from 2006 entitled "Restless Heart, 25 & Live"