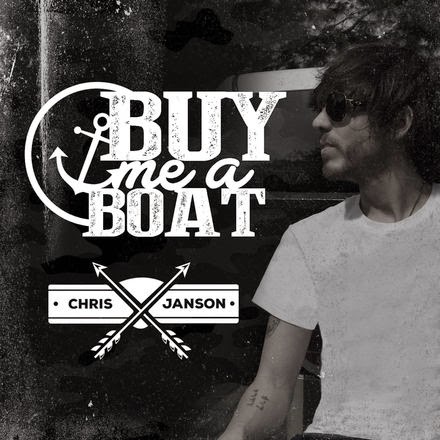 Purchase "Buy Me a Boat" on iTunes. Don't forget to leave a review!

If you haven’t heard of Chris Janson by now, it’s about time you do. Janson recently become one of the most popular unsigned artists with the release of his newest single “Buy Me A Boat.” This song is all about normal, everyday people dreaming big. He has been described as being extremely explosive on stage while putting on a thrilling and unpredictable performance. This is going to be the song that makes Chris Janson become a household name. Pretty soon everyone is going to know who he is.

Janson’s song couldn’t have been released at a better time. Why? Because it is going to be the perfect summer/ party song. You know a song is going to be big when big time names such as Toby Keith and Bobby Bones are advocating for him. Keith recently tweeted “Check out this mofo of a song #buymeaboat @janson_chris” while Bobby Bones of the Bobby Bones Show played this song two times within a half hour which he stated is typically a big no no.  According to Bobby Bones the reason this song is becoming so popular is because of how catchy, relatable and country it is. Just how popular is it? Popular enough for it to become the NUMBER ONE country song on iTunes and number seven on all genres! That’s pretty impressive for someone who doesn’t even have a major record deal but that’s all about to change as he already has labels reaching out to him. Who he is going to sign with is still unknown, what I do know though is you are going to have this song on repeat all day long. I promise!


Catch up on the latest information about Chris at www.chrisjanson.com and find out where you can find him on social media. He's great at personal connections with his fans.