(ALL NET PROCEEDS GO TO THE AMERICAN HUMANE ASSOC. AND SUSIE’S HOPE FOUNDATION.)

“Susie” was just an eight-week-old pit-bull mix puppy when her owner severely beat her, set her body on fire and left her for dead.  Just a few months prior, Donna was viciously attacked by a neglected, malnourished, isolated pit bull that had been tethered to a tree, leaving her with permanent physical injuries, including the inability to have children.

Susie and Donna are the advocates for the AHA “Be Kind To Animals” campaign. 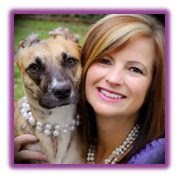 Seeking justice and protection for all animals to enact stricter punishment for animal abusers, Susie and Donna spearheaded the passing of Susie’s Law in North Carolina (2010).

Susie’s Hope™ was founded to foster awareness surrounding the animal abuse that exists in our nation and to work to end the tragic epidemic by providing education to people of all ages (March 2011).

Staring Susie as herself, the “Susie/Donna” story is told through the motion picture film entitled
Susie’s Hope.  “Susie Q”  (Charlie Daniels) and “Wake Up Little Susie” (Vince Gill) are featured in the movie soundtrack.
Posted by LovinLyrics at 9:46 AM