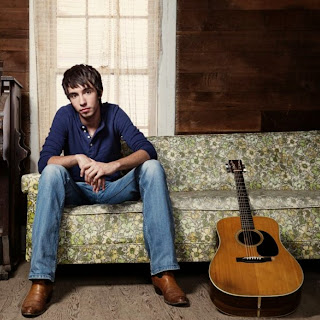 If you're looking for country, take one listen to new Curb artist Mo Pitney and you'll have no doubt that you've found what you've been looking for. As a matter of fact, a voice and character like Mo Pitney is exactly what country music has been looking for and more importantly, what country music needs. With a simple song and an obvious legitimate honesty about who he is both as an artist and as a person, Mo Pitney will draw in even the biggest skeptic. There is nothing about Mo or his music that is industry manufactured, what you see and what you hear is the real deal. In these days, personal honesty and musical integrity is hard to find, or at least it was. Mo embodies all of these things and more. Mo may be young and fresh to the industry, but the maturity of his talent far surpasses his age.

Having grown up in a small town, he was raised with a love of music. Listening to old vinyl and transistor radios, Mo knew that music was what he wanted to do and what he was supposed to do. He would sit and practice playing his favorite songs on guitar until he got them just right. He taught himself to play guitar, drums and banjo. He loved bluegrass and that's what he played until he discovered the music of Keith Whitley which turned his head. He sings and writes for the love of the music, not for the fame, the money or sold out shows. He is just a country boy that hopes his music reaches people, that it makes a difference, that is leaves a footprint for years to come. He strives for what any artist should strive for, to leave music for the generations that follow, to be timeless.

His debut single, "Country", co-written with country music legend, "Whispering" Bill Anderson and Bobby Tomberlin, is making a positive impression on country music fans and critics industry wide and has gotten nothing less than stellar reviews. Radio programmers are starting to realize that importance of keeping "country" in country music and his airplay numbers are growing. The single makes the listener think twice about the true meaning of "Country" and that's something that's been needed for a long time in the genre, "meaning". Sure, you'll probably be hearing songs from him about trucks and dirt roads, but in a context you haven't heard in awhile. You'll hear them told in stories that create a memory or that make you long for days gone by. Mo Pitney sings country because Mo Pitney is country. He's just finished the video for "Country" and it should be heading to outlets like CMT and GAC really soon!

"Clean Up on Aisle Five", another song recently released by Mo, is a country classic, but not one that's been sung by another artist or sold a gazillion copies, but one that's already earned the title of classic without even being released to radio. It's classic in it's memoir of a meeting between former flames in a grocery store, the unresolved feelings and the mess that meeting left behind. It's a tale that anyone who's been in love and had their heart broken can relate to and it leaves a lump in your throat with the memory of that lost love. His performance of the song on the Grand Ole Opry stage ended in a well deserved standing ovation and put his name on the country music map as a destination for any fan of what country music once represented. Watch the memorable performance below.

Purchase "Country" and "Clean Up on Aisle Five" on iTunes, Amazon and Google Play.