This weekend I had the pleasure of being part of a celebration in downtown Raleigh, NC. It wasn't just any celebration, it was a gathering of 20 artists and thousands of friends coming together for two purposes, good music and to say thank you to Deep South Entertainment and their crew for 20 years of bringing the best entertainment to North Carolina. While most people were on the other side of town watching Brad Paisley perform, I chose instead to stand on the hot asphalt in the scorching NC summer sun, getting sunburn and sore feet cheering on bands of many genres with one common thread - a guy by the name of Dave Rose. This day was about him, his company of hard working employees, and about a genuine simple love of music and a belief in the artists who play that music. Each band on the lineup is here because Dave heard them and gave them a platform to perform and get their music heard when no one else would. The thing about Dave is that he's not doing to fill his wallet, he does it to fill the hearts of people with a love of what music can do and to share talent with those who might not have heard of these bands without his belief in what they had to offer. Every artist only wants a chance and these artists were lucky because Dave gave them that chance and took them in as members of his Deep South Entertainment family. Because of this strong love of music, all aspects of it, Deep South Entertainment was born. 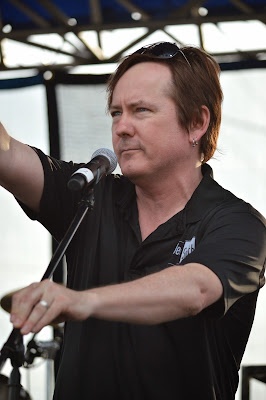 Deep South has one of the hardest working crew of employees and I have to say, the nicest employees I've ever had the pleasure of working with. Dave tends to hire "like" people and what I mean by that is people similar to him - a strong positive work ethic, integrity, character, outgoing personalities and a love of what it takes to make a company run smoothly and aren't afraid of hard work. I haven't met one employee that doesn't reflect these character traits. Every employee I've dealt with, not only at the event Saturday, but at every other event is easy going, has a smile on their face, is willing to help, and is running like a work horse getting things done. It's impressive to see a group like this and from first point of contact, no matter who it is, you can tell that this is a company you'd want to do business with. Amy Cox, who is present at each and every show and her presence begins days, hours, weeks and even months before the event even takes place, has been by Dave's side for 15 years. She's the one making sure that band load in is taken care of, sound checks are on time, equipment needs are met, lodging reservations are made, catering is taken care of, tickets are distributed properly, stage set up is complete, and every other little thing that you and I couldn't even begin to think about. When those lights come on and the curtain goes up, that happens because of Amy Cox. If Dave was missing a right arm, she's plug herself right in that shoulder socket and do what he wasn't able to do. That's how awesome Amy is. Shhh, don't tell Dave this, but Amy's really the one in charge here but like any strong minded woman, she just lets the guy think he is, even if he is the owner. In addition to the many duties that Amy takes care of, the crew at DSE also handle Lighting, Rigging, Multimedia, Talent Booking, Tents/Tops, Vending, Decor, Site Management, Staffing, Event Planning, Concept Creation, Special Event Services, Wedding Bands, Event Entertainment, Party Bands, and there is also Deep South the Bar which is open 365 nights a year in downtown Raleigh with live music, local beers, signature cocktails, and outdoor patio, open mic nights and private parties. If you're at a major event in Raleigh, chances are you're at a DSE run event.

The bands that performed on Saturday were fantastic and as I told Dave, "thank you for reminding me how much I love other music." (meaning besides country). This wasn't a one genre show, this was a day of 20 bands of multi-genres performing on 2 stages, from noon until last call. The bands playing during the event included:

Chit Nasty Band (loved these guys, they brought the funk for sure!) 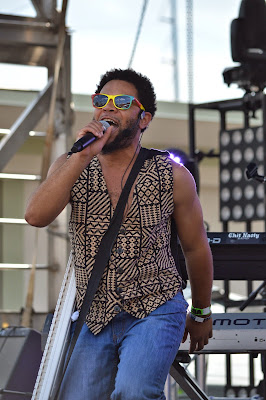 Hank Sinatra (these guys were fantastic too - kinda punk/rock/alternative) 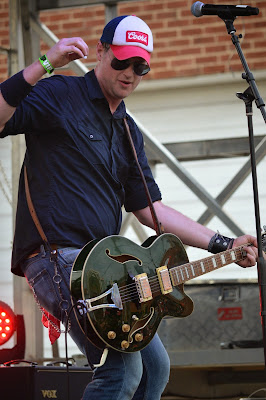 Erin Nenni (she was fantastic, what a voice) 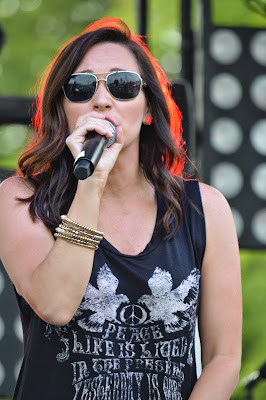 Katie Garfield (Katie is an actress who's appeared in "Sleepy Hollow", "Army Wives" and "Vampire Diaries" to name a few, but she's also a great songwriter and vocalist. She performed a great song she co-wrote with  Jason Michael Carroll.)

I Was Totally Destroying It (love these guys, they're more alternative. Caught them a few years back at another DSE event, Downtown Live, opening for Joan Jett.)

Blake Christiana (of the band "Yarn" - he was great, sounded like a young Dwight Yoakam.) 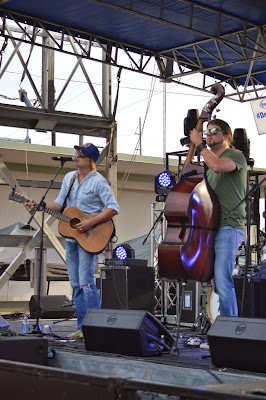 Steve Howell and the Carolina Mamoulides

and finally, the three acts I was most excited to see:

90's alternative hit makers Marcy Playground ("Sex and Candy") Man, this one took me back to when life was easy, dating was fun, and worries were few. This performance was almost 20 years to the day they become a band and met Dave. 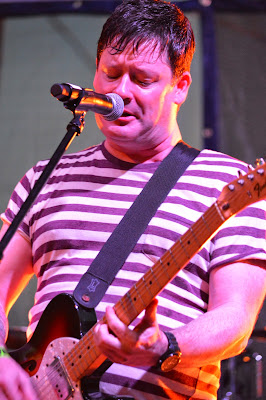 Country newcomer Kasey Tyndall who first grabbed Dave's attention as the winner of a contest to perform a duet with Keith Urban on his stop in Raleigh  and who is now making the move to Nashville this week after releasing her first single "Prove Me Wrong" and debut video to accompany the song. This girl is amazing. She's so honest, genuine and just Kasey and that's such a refreshing change in today's world. If she can't be herself, she's not interested in being anything else. Kasey may be small in stature but she's huge on talent. Keep your ears on this one. 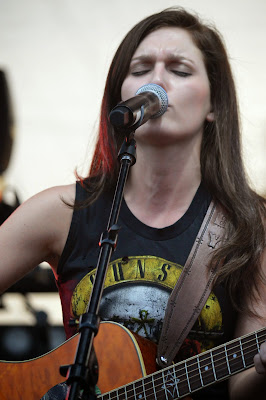 And (yay!) Parmalee! Matt, Scott, Barry and Josh started out playing more towards a rock audience, gained a local following and about 10 years ago, Dave also took notice of them and saw that there was something there that needed to be brought to the attention of others. A few years ago, Dave thought they'd gain more attention as a country rock band and because of the trend country was starting to follow, they'd fit perfectly. I, for one and judging by the huge crowd that seemed to agree, am glad that they followed that advice. These days they're one of country's best new bands and have made a huge name for themselves. They're headlining world wide and have had 3 charted hits, including their first #1, "Carolina" and most recently released their 4th, "Already Callin' You Mine". 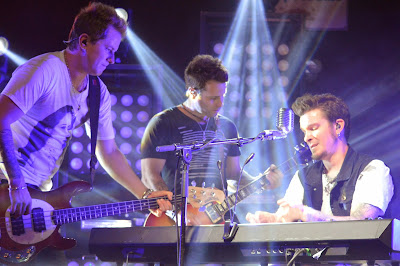 During the night's festivities, there were 2 special things that happened - Dave was presented with a cake to say thank you by representatives of the city of Raleigh and Saturday was officially declared Parmalee Day with an unexpected presentation, surprising the band. 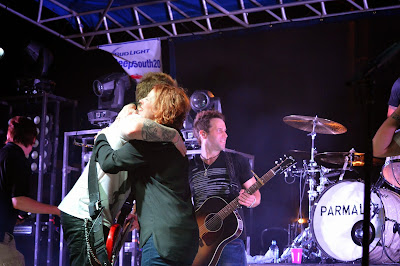 What a fantastic night of music, a great day of connecting with old friends and making new ones and celebrating a company and people that have made a difference in not only the lives of these artists but have made a difference for our area by bringing in quality entertainment and making Raleigh, NC a hotspot for great music and events. So thank you Dave Rose, you truly are a rare gem in a field of common stones. I'm so glad that I chose to look a little closer and see what makes you and those you work with stand out among so many others, I'm thankful that we crossed paths and because of that crossing, I can call you a friend. Thank you, Amy and the rest of Deep South for setting the bar high and for believing in the music that brings us all closer together.

Even the BB&T bank building smiled ... 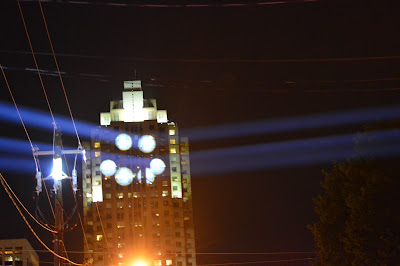 All photos are the property of Jennifer Smith and may not be reposted, copied or distributed without express written consent.
Posted by LovinLyrics at 11:13 PM