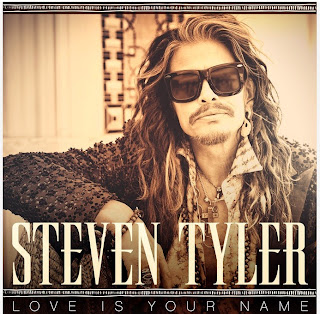 Purchase "Love is Your Name" on iTunes

I have to admit, even though I'm a longtime fan of Steven Tyler and Aerosmith, I was skeptical when the news first came out that Steven was "going country". Steven's always pretty much been able to nail whatever song he sings, but considering his background and his standard style, I just wasn't sure which way this was gonna go and when it comes to liking it, it was gonna be one of those "you do or you don't" songs. Well, I got the single, "Love Is Your Name" this morning in my email from Dot Records and I gotta say "I do."

The single, written by one of country's best new songwriters, Eric Paslay, who has a few hits under his belt already with songs like "Friday Night", "She Don't Love You", and "Barefoot Blue Jean Night" to name a few, and produced by Dann Huff who is the man behind the curtain on Rascal Flatts' "Rewind", Keith Urban's "Fuse", Taylor Swift's "Red" and many others, it's obvious that Tyler wanted the best behind him and that's exactly what he got. He didn't "miss a thing" in putting this single together.

The single, while more pop oriented, it does have a noticeably country vibe to it, more so than most recent crossover attempts and I found it immediately likeable. Steven Tyler doesn't really have to "prove" himself as an artist - his history, the respect the industry has for him and his accolades speak volumes, but from feedback prior to the single's release to radio, country music fans who are "jaded" from previous attempts at crossover gone wrong do expect him to prove himself  "worthy" of being accepted into the genre. I think he's done a good job with this, at least on this first single. He's shown respect towards the genre and it's listeners by choosing not to release a musical "slap in the face" and he's shown that he is more than just the mic stand twirling, screaming rock mad man that people are accustomed to seeing. When it comes to toning it down and really getting to the basics, he's totally capable and damn good at it.

I think this single is more than radio ready and I think, at least I hope, it does well. I think the Aerosmith front man is gonna rock country radio just fine.