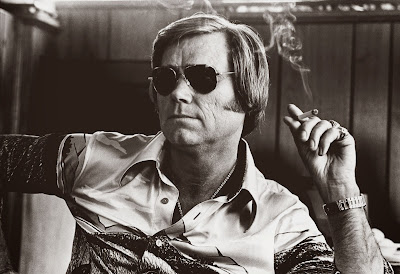 Perhaps not exactly a “Welcome to Summer” song but a great song nonetheless. I had the opportunity to see David Allan Coe a while back and this song hasn’t left my mind since. “Tennessee Whiskey” was originally done by David Allan Coe as the title track on his album released in 1981. The love song was crafted beautifully by the famed and brilliant Dean Dillon and Linda Hargrove. It’s been sung by everyone from the Possum himself, George Jones to more recently, Chris Stapleton and Meghan Lindsey of NBC's "The Voice". “Tennessee Whiskey” is a song about a barfly that found love outside of the whiskey bottle but as that’s the only love he’s ever known, that’s all he can compare it to. The chorus (and the entire song really) says it achingly and beautifully with

Dean Dillon has always written such eloquent lyrics and spun such worlds in mere minutes it leaves me incredulous, shaking my head the entire time. More currently, he’s written for greats such as Randy Travis, Garth Brooks, George Strait, Toby Keith, Blake Shelton, Kellie Pickler, Sammy Kershaw, Randy Rogers Band and just about everyone you can think of and those are just a few in this decade. Linda Hargrove passed away in 2010, but in her illustrious life had penned hits for Olivia Newton John, Lynn Anderson, Loretta Lynn, Tammy Wynette and the list goes on and on. Dean Dillon and Linda Hargrove create a rarity of a writing duo, such unique minds that have written with such soul (and Dillon continues to) that it is the essence of poetry in songwriting, more exquisite than most anything you will ever hear.

Chris Stapleton Version: (off of his album “Traveller” go get it!) https://www.youtube.com/watch?v=4zAThXFOy2c