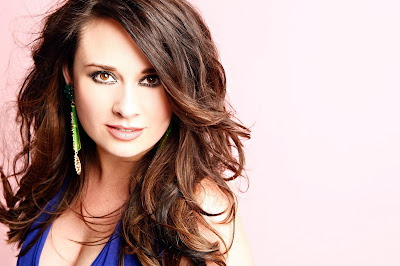 (Nashville, Tenn. – June 30, 2015) - Country artist Amber Hayes has written and recorded a new song titled, "Hero's Heart" in honor of her uncle, Command Sergeant Major Bennie G. Adkins, who was awarded the Medal of Honor in 2014. Hayes was in attendance at the White House with her uncle when he was presented with the award, which is the United States of America’s highest military honor.

Hayes commented of her inspiration to write the song, saying, “Watching my Uncle Bennie, who is so humble, receive the Medal of Honor at the White House and be recognized for his bravery and service to our country was very emotional, and my entire family is just so, so proud of him. When I got back to Nashville, I wanted to pay tribute to him in some way and writing a song was the best way I knew how to do that. I found myself tearing up several times writing ‘Hero's Heart’ just thinking about the sacrifice that he and all of our other service men and women make to keep this great country safe. I just want my Uncle Bennie to know we will be forever thankful for his service.”
The special song recently premiered on CountryWeekly.com and can be heard here. Hayes is also featured as the "Who's New" artist in the 7/6 issue of the publication, which is on stands now.

President Barack Obama awarded Command Sergeant Major Bennie G. Adkins with the Medal of Honor in September 2014 for his bravery at the battle of Camp “A Shau” in the Republic of Vietnam.

From March 9-12, 1966, Adkins, who is now among some of the most highly decorated soliders in the United States of America, distingushed himself during a 38-hour close-combat battle, and 48-hour escape and evasion, in which a large North Vietnamese force attacked the US military base. Adkins fought with mortars, machine guns, recoilless rifles, small arms and hand grenades expending an estimated 135-175 enemy troops and sustaing over 18 different wounds during the conflict, in which he vailently protected and rescued many fellow US troops. For an extended version of the account please visit, http://www.army.mil/medalofhonor/adkins/.

“Hero’s Heart” is now available for download on Hayes’ offical website, www.AmberHayesMusic.com, as well as iTunes, Amazon and other major digital retailers.