SEE IT WHILE YOU CAN! KENNY ROGERS: THROUGH THE YEARS ENDS JUNE 15, 2015 AT COUNTRY MUSIC HALL OF FAME AND MUSEUM 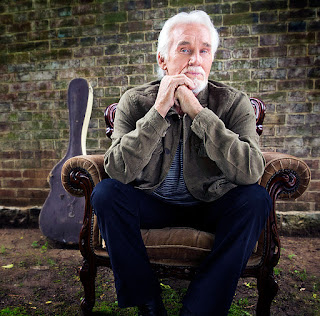 NASHVILLE, Tenn. (June 1, 2015) – The spotlight exhibit devoted to multi-talented legend Kenny Rogers will end its run at the Country Music Hall of Fame® and Museum on June 15, 2015 giving CMA Music Fest fans one last opportunity to see the exhibit before it closes. Incorporating awards, costumes, sheet music, memorabilia, and more from Rogers’s personal vault as well as from the collections of frequent collaborators, Kenny Rogers: Through the Years provides a comprehensive look at Rogers’s acclaimed musical phases and other artistic outlets.

Rogers has sold more than 120 million records worldwide. What’s more, he has charted a single in each of the last seven decades—including 21 Billboard #1 country hits. According to the RIAA, he has one diamond album, 19 platinum albums, and 31 gold albums. He has earned three Grammys, six Country Music Association awards (including a 2013 Lifetime Achievement Award), eight Academy of Country Music awards—including Entertainer of the Year in 1978—and was elected to the Country Music Hall of Fame in 2013.

The exhibit features dozens of artifacts including:

Costume pieces worn and used by Rogers in the five-part Gambler TV movie series, including a fedora and gun belt, a Western-cut jacket, shirt and brocade vest, and a cane with a brass knob

A Tony Alamo of Nashville denim outfit, embellished with rhinestones and studs, worn by Rogers as the front man for Kenny Rogers and The First Edition in the 1970s

Dolly Parton’s rhinestone-embellished velvet jacket and dress, which she wore during a performance of “Islands in the Stream” with Rogers on her TV show, Dolly

Assorted cameras used by Rogers, including two Polaroid models; a Calument Scientific Inc. 8" x 10" folding camera; and a Linhof Master Technika Classic camera, used by Rogers to capture the fifty-eight studio portraits of country artists in his third book of photos, Kenny Rogers: This Is My Country

Numerous awards, including the CMA Willie Nelson Lifetime Achievement Award; Grammy statuettes; the Academy of Country Music’s Cliffie Stone Pioneer Award; and the Honorary Master of Photography award presented to Rogers by the Professional Photographers of America (PPA) at its annual conference and more!

In addition to the exhibit’s closing on June 15, Rogers will also embark on his Farewell South Africa Tour the same day. For a complete list of tour dates click here.

Kenny Rogers: Through the Years is supported by SunTrust. To learn more about Rogers and the spotlight exhibit, visit countrymusichalloffame.org. Join the conversation using #KennyRogersExhibit and follow @countrymusichof on Twitter
Posted by LovinLyrics at 2:54 PM