Entertainment Tonight Gives Fans an Exclusive Sneak Peek Behind the Scenes at ETOnline.com 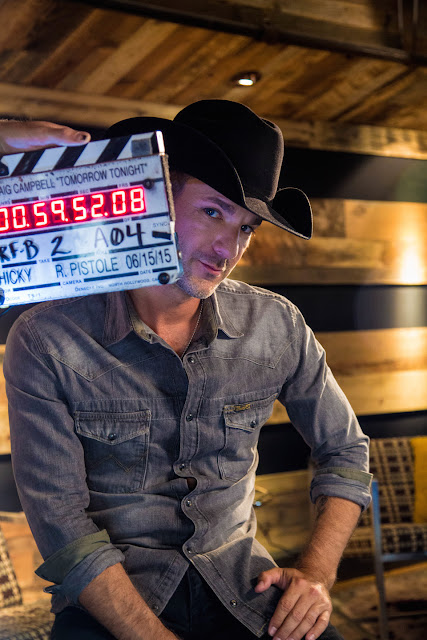 “I had to break out my acting skills for this one,” said Campbell. “It definitely shows a side of me that has not been on camera yet. I’m excited for everyone to finally see it!”

Media is already abuzz about this steamy, envelope-pushing hit. Artist Direct lauds “Country crooner Craig Campbell has a hit on his hands.” All Access adds, “Take my advice and don’t wait till tomorrow to add this song, it’s a hit, add it now.” Meanwhile Music Row suggests “Play this...He soars vocally on this one. Supporting harmony singing and screaming guitars adds to the undeniable excitement.” Taste of Country concurs, “It’s a strong vocal performance for a man who slips under the radar all too often…songs like this are built for radio success.”

Campbell launched on to the Country music scene with the release of his self-titled debut album (2011) delivering the hits “Family Man,” “Fish,” and “When I Get It.” To date, he has logged four consecutive charted hits with over a billion radio airplay audience impressions and over a half million downloads. Acclaimed as one of the genre's most neo-traditionalist singers, his Top 15 breakout debut “Family Man” was featured on HBO’s True Blood and the top-selling fan-favorite “Fish” has tallied nearly 400,000 digital copies sold. Campbell earned his first Top 10 smash with the infectious “Keep Them Kisses Comin’” from his sophomore album NEVER REGRET (2013) produced by Keith Stegall (Alan Jackson, Zac Brown Band) and Matt Rovey (CCMA Album Of The Year Producer). The gifted songwriter penned Garth Brooks "All American Kid" on MAN AGAINST THE MACHINE. Prior to landing his first record deal, the Lyons, GA native spent time on the road playing keyboard for both Tracy Byrd and Luke Bryan - shows that inspired him nightly. He was soon discovered while playing a regular gig at the downtown Nashville honky-tonk, The Stage.