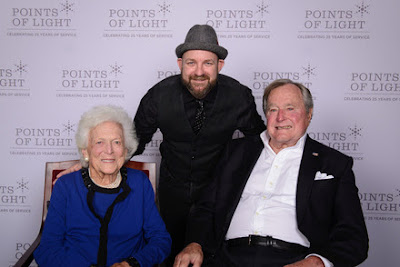 GRAMMY Award-winning recording artist Kristian Bush performed throughout the Points Of Light Conference on Volunteering and Service this week (Oct. 19-20) in Houston, TX. Points of Light encourages millions of people each year to take action and change the world, and is the world’s largest organization dedicated to volunteering and service. This year’s annual conference brought together civic leaders, government officials, and businesses in support of building stronger communities. 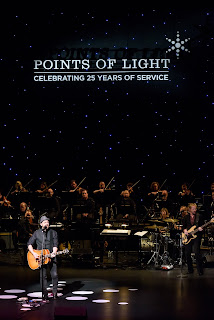 Opening the conference, Bush sang “The Star-Spangled Banner,” joined by U.S. military veterans and the Mayor of Houston Annise Parker, and headlined that evening’s Welcome To Texas Celebration on the city’s Discovery Green. The following evening, he joined a star-studded cast for a 25th Anniversary Tribute concert honoring former President George H. W. Bush, who founded the Points of Light volunteer initiative in the 90’s. Bush opened the concert with “Walk Tall” – featuring a string arrangement composed specifically for the event by his brother, Brandon Bush – then joined fellow performers Yolanda Adams, The Midtown Men, Kenna, and Dionne Warwick for a finale rendition of the latter’s hit “That’s What Friends Are For.”

Posted by LovinLyrics at 5:33 PM