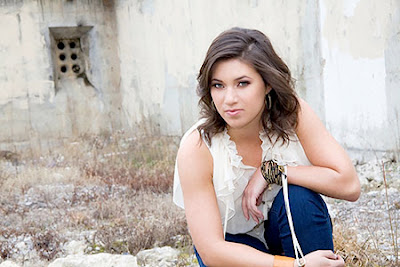 
“It was a very straightforward concept,” explains Alexandra. “The entire focus was on showcasing the emotion and musical validity of the song in an organic way.” For Demetree, returning to the basics was an exciting challenge. “To go back to square one and make an acoustic version of this dynamic, mid-tempo power ballad was just a fantastic experience.” The single, produced by Bobby Huff (Reba, 3 Doors Down, Journey, Heart) and written by Mark and Cherie Oakley, is rising on the MusicRow CountryBreakout™ Chart, currently sitting at # 60. “Outta My Head” delves into the reminders left behind when a relationship ends: the photos, the empty space beside the bed and more. It’s a tale that most listeners can relate to, and it follows the petite brunette’s three previous successful Country radio releases, including the popular single/video duet of her own composition, “Lay It On Me,” with The Bachelorette’s Wes Hayden.

Demetree wraps a four-day radio promotion tour of Oklahoma today; the tour will resume in a few weeks. She continues to work on her upcoming EP.

Keep up with Alexandra online at www.alexandrademetree.com.