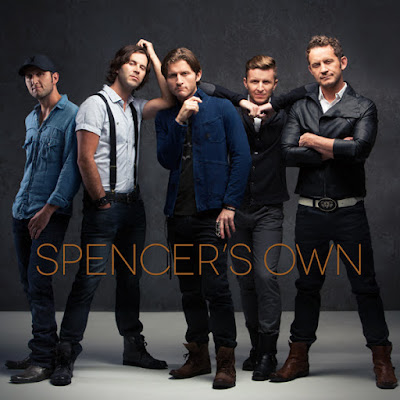 Country music group Spencer’s Own on the heels of releasing their first single “Livin' in the Moment,” have revealed the cover artwork and track listing for the bands upcoming debut six-song EP. The self-titled EP Spencer’s Own will be released on November 13.

The five-member group took to social media to reveal the cover by saying: “Our EP cover, it's official! Nov 13. Yeah, Morgan is our #Jagger!”

The first single from the forthcoming EP “Livin' in the Moment” has received great reviews at radio and was one of the top downloaded songs on Play MPE for the week.

The six songs co-written by the band of brothers, showcases their multi-lead vocals with a rare genetic harmony that gives flight to a new and fresh country sound.

Spencer’s Own will be available November 13 where music is digitally sold including: Apple Music, iTunes, Google Play, Spotify, Amazon, Tidal and more.

For more information about Spencer’s Own: