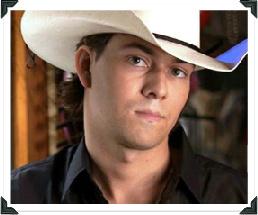 Another year of great music comes to a close in a couple of weeks but that means a start to another year of even better music to come. 2015 introduced us to several new artists who took off in a big way and are going to make an even bigger impact on country music in 2016. Here are the names, faces and voices that we think you should keep on your 2016 radar. It's shaping up to be a fantastic new year!

There's a lot of country tradition under this guy's hat. With a Keith Whitley soul and a voice that immediately brings to mind what country used to be, William Michael Morgan is reminding us what country was meant to be - pure, simple and honest. There's no fluff, no unnecessary excess ... he doesn't need it. What William Michael Morgan portrays is exactly who he is. His debut single, "I Met a Girl" is turning hats everywhere and making people stop to listen. While he may have met a girl, country music is the lucky one because we met one heck of an artist. 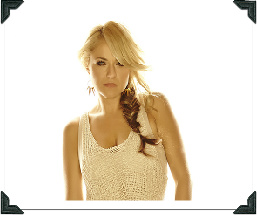 Leah Turner dared you to "Take the Keys" on her debut single, now she's taking those keys and opening the door to new beginnings with her new single, "Cowboy's Love". The single's video has been on the CMT Pure 12 Pack for a few weeks now and the single officially comes to iTunes on Friday, 12/18. She's grit and grace, the daughter of a team roper who isn't afraid to wrangle with anyone who tries to change her style. We think she'll be roping in a winner with the new single and you'll be hearing a lot more from Leah in the upcoming year. Leah is a country bad ass, but in a Loretta Lynn "Fist City", "You Ain't Woman Enough" way. Fans need to take country radio to "Fist City" and let them know that she's a "must add." 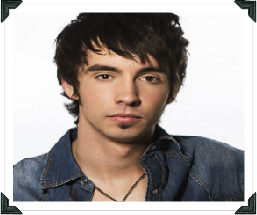 Mo was another one we named an artist to watch in 2015 and now we add him again to the must watch list for 2016.

If you're a country music fan, I mean a TRIED and TRUE fan of twang, tradition and storytelling, you need to tune into Mo Pitney. Remember the name because Mo is the real deal, the next voice of traditional "sop grandma's homemade biscuits up with some gravy" country music. Trust me, country isn't dead, it's just starting to come back to life with a revival of the likes of new artists like of Mo, Craig Campbell, Sturgill Simpson, Cody Wickline, and William Michael Morgan. These new artists are knocking at country's door and fans are starting to answer the door with an enthusiastic response.

In June 2015, Pitney became the first debuting performer in 14 years to earn a standing ovation at the Grand Ole Opry. The last one was Turner. It could be a while before someone shows the merit to repeat that feat.

He's released several songs this year -  "Country", which was a writing collaboration with country legend "Whisperin" Bill Anderson, the personal and emotional tearjerker "Clean Up on Aisle Five", the upbeat invitation to "Come Do a Little Life" and the flirty and fun "Boy and a Girl Thing." There's nothing that isn't genuine about Mo or his music. We do take a chance on assuming that you're gonna love what you hear and that fans will be making him a voice of 2016. 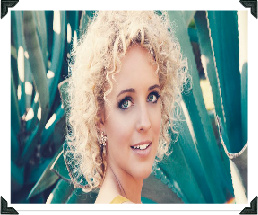 You've seen her everywhere this year since releasing her debut single, "My Mistake to Make" and it's platinum certified follow up, the hauntingly beautiful "Burning House". Cam has graced many magazines, talk shows, radio shows, and stages in 2015 and hopefully we'll see her accepting her first Grammy for Best Country Solo Performance for "Burning House." Cam has a classic quality in her voice and an infectious attitude that seems to spread throughout a room quite quickly. It's qualities like this that make the difference between a wannabe and a star and Cam is star quality and she's more than proven it in such a short time. With the success of both singles, the "Burning House" video and her recent critically acclaimed CD, "Untamed", as strange as it seems, 2015 was just a beginning for Cam. I think it's safe to say we can expect another banner year for her in 2016. 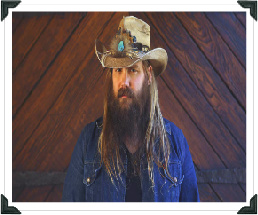 We had Chris as one of our artists to watch in 2015 and we weren't kidding. Chris released his then unknown "Traveller" CD which stayed behind the scenes until the ACM Awards where this quiet, unassuming bearded guy in a hat took over the night and surprised the music world by swooping in like a hawk collecting his prey and walked away with 3 of the night's most prestigious awards. While it may have been a shock to those at home, it was in no way a surprise of any kind for any country music industry person or fan in the know that night, we were all cheering and hitting social media with "I Told You About This Guy A Long Time Ago" accolades and congratulations. His performance of the George Jones' classic, "Tennessee Whiskey" with Justin Timberlake was one of the most talked about performances in ages and left a mark where it counts, in the hearts and ears of listeners. His CD sales shot through the roof and radio FINALLY got a clue and started adding his music to their rotations. 2016 is shaping up to bring country back full circle and there is "Nobody to Blame" but Chris Stapleton. 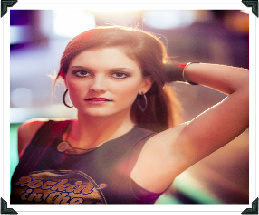 What's that quote by Shakespeare? Though she be but little, she is fierce? Well he obviously had a premonition about Kasey Tyndall. She's a petite little thing but her voice is absolutely fierce and her "get it done" attitude would make Larry the Cable Guy proud. Picked out of tons of video entries, Keith Urban personally chose Kasey to sing a duet with him in Raleigh during his tour stop in August 2014 and her career has been nonstop since then, having moved to Nashville and working with Tennessee East Management (run by Dave Rose of Deep South Entertainment who works with Parmalee, Stryper and other well known artists and Kevin Frazier, local NC venue owner). She's caught the ear of industry professionals, is opening for well known artists as well as performing on her own and released her first single, "Prove Me Wrong" in 2015 with a follow up single on the way. Kasey's a strong one and she's gonna prove them all wrong in 2016! 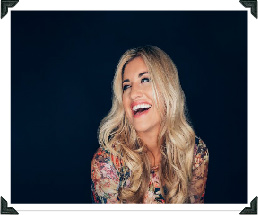 Morgan isn't just another blonde in the country crowd because she was born to stand out. With an edge in her voice that reminds one of early Miranda Lambert and a confidence that rivals any top selling country female, Morgan Myles does anything but fit in. With a new EP on the way, "Miss Morgan Myles" is gonna make her mark on 2016. We're really diggin' what Morgan has to offer and after you go to her website and take a listen to "Whiskey Dreaming", I think you'll be right there with us on this one. 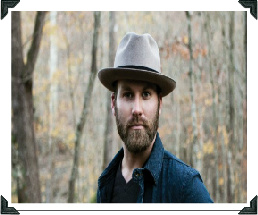 His music just "Feels Good." Really, that's how I'd sum up Drake White. You can't help but move when his music comes on and it really does just give you a good feeling. We've followed Drake for awhile now ever since seeing him open for Montgomery Gentry a few years back in Danville, VA. He's come a long way since then and has performed on the historic Opry stage multiple times. His shows are electric, energizing and over the top fun. His positive attitude and interaction with his fan base makes him a top favorite for 2016. 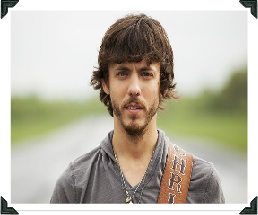 Chris is another artist who had one hell of a breakout in 2015, but again, that was just the start of what we're gonna see from him in the upcoming year. His independently released single, "Buy Me a Boat" hit the top of the iTunes charts, a relatively unknown feat for an unsigned artist and that set off a fireworks display of major proportions in the industry, leading to a video being funded by CMT, a major label signing with Warner Bros, a re-release of the single to country radio which resulted in his first #1 hit on Mediabase and a platinum certification just this month, multiple appearances on the Opry stage, the release of his debut album and the release of his follow up single "The Power of Positive Drinkin'".  Chris Janson is here to stay and I wouldn't hesistate to say we'll be seeing him at #1 during the next year. 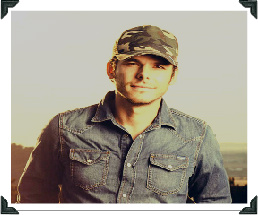 What can I say other than it's about damn time that the world caught on to Granger's music. They caught onto his alter ego, "Earl Dibbles, Jr." a long time ago. Who would have thought that anyone would attempt the alter ego thing since the whole Garth Brooks/Chris Gaines thing (even though that's one of my favorite albums), but Granger did it and it works. His music works just as well as his sense of humor. His previous CD, "Dirt Road Driveway" released in 2013 was great but just didn't take off but thanks to his new single, "Backroad Song", Granger Smith is back on the highway and headed a new, successful direction. He recently made his Opry debut and you can count on hearing much more from him in 2016. 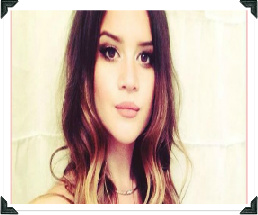 At the age of 25, Maren Morris has already established a name for herself in the ultra-competitive Nashville circles with her multi-stylistic vocal influence. Maren signed a publishing deal with Big Yellow Dog Music after winning the 2012 New Music Seminar's "Artist on the Verge" award. Maren's songwriting credits include cuts by Kelly Clarkson and Tim McGraw. Maren has shared the stage with artists such as Gary Allan, Marty Stuart, Radney Foster, Eli Young and others. She recently released her own single, "My Church", which is garnering acclaim on Sirius XM's The Highway and is being picked up by stations nationwide. 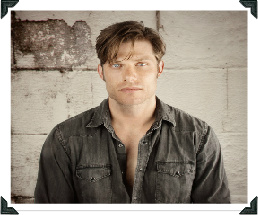 Best known as super jock Luke on "The O.C" and for his modeling turns with Abercrombie and Fitch and other well known brands, Chris Carmack has become a well known face and voice around Music City since taking on the role of "Will Lexington", a singer/songwriter struggling not only with his music but with his sexuality, on ABC's "Nashville". This role has made Chris not only a household face, but a household name with his vocal ability. His chiseled features and smoldering good looks are just added bonuses to his musical talent. Chris just released his debut EP, "Pieces of You" to critical acclaim. Entertainment Weekly called the release "Stunning" while Digital Radio compared him to Keith Urban. Chris Carmack's fictitious character may be having a hard time coming to terms with who he is, but the real Chris Carmack has made it clearly known that he knows who he is and has already left his mark on the country music industry.