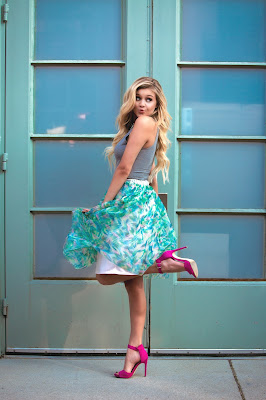 Ballerini racked up her first AMA, CMA and CMT award nominations throughout 2015 and is continuing the momentum with her Top 15-and-climbing single “Dibs” (Ballerini, Jason Duke, Ryan Griffin, Josh Kerr). Newly named Radio Disney’s newest "NBT" (Next Big Thing), she will ring in 2016 with a live performance in Nashville, TN at the annual "Bash on Broadway: New Year’s Eve in Music City" featuring Kings Of Leon and Chris Stapleton. Previously sharing the stage with Alan Jackson, Lady Antebellum, Tim McGraw, Carrie Underwood and Keith Urban, she will join select dates on Billy Currington’s SUMMER FOREVER Tour kicking off in February 2016.
Posted by LovinLyrics at 1:20 PM