Music is a healing power, a sense of being, an answer to questions you never realized you had and answers to prayers you thought weren't heard. It's a positive influence on so many people in so many ways and we thought we'd share our choices of some of the artists that inspired, motivated and made us think about more than getting drunk, getting high or getting lucky in 2015. Their music had a message, the way they carry themselves left an impression and they created a positive presence in the world of country music. These artists provided a positive light to lead others, to be role models and to simply make a difference. These are the people whose influences we found to be most positive in 2015. If you have one you'd like to share, please leave a comment. 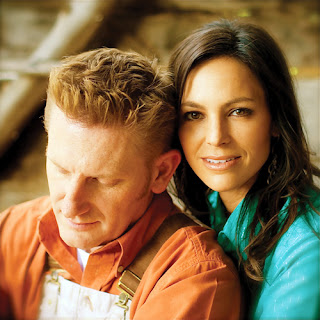 This couple defines inspiration. Joey gave birth to the sweetest baby girl with Downs Syndrome, Indiana in 2014 and in the middle of such a wonderful time for the family, also found out that Joey had cervical cancer. This year, it was announced that the cancer had spread and there was nothing medically that could be done so it was decided that she would halt treatments and leave her future in God's hands. During this time, you haven't heard a negative word from the family, you've only seen positive inspiration and a desire for Joey to live her days as only God knows and in the best way she can, as a mother, a wife, and a friend. Despite the prognosis and the physical pain she's endured, we have yet to see her without a smile on her face. With the country music world behind her in prayer, she has been seeing better days as of late, being able to actually get out of bed and spend time with her family laughing and smiling. If only we all had that positive spirit about us, this world would be a much better place. 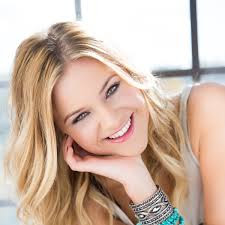 With a near constant smile on her face, Kelsea Ballerini can light up an entire room just by walking in, making the worst mood much better just with her positive attitude. There is nothing fake or put on about Kelsea, what you see is what you get. She's a positive role model for young girls, never selling herself on any assets other than her talent.  She's a breath of positive fresh air for this genre and it's refreshing that her voice doesn't need automated "adjustments", she is just perfect as she is. She's been on about every entertainment show there is, graced many a magazine cover, interviewed with countless outlets, won awards and done many things but what she hasn't done is let any of it change who she is. 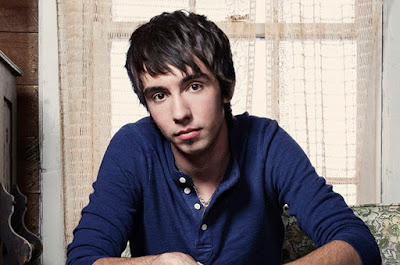 Mo is an old soul with fresh ideas on how to bring the tradition and respect of country music back to the forefront, to remind us that it's ok to share your faith and to believe in a power higher than yourself. He's also a pleasant reminder that humility is a welcome thing and something we don't see that often in today's music world. He is always grateful and it reflects in his attitude and in his music. Mo has proven that it's ok to be a "Country" artist and that sticking to who you are is just fine. 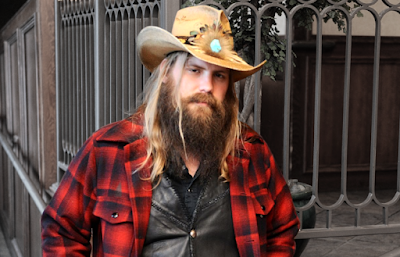 There is nothing about Chris Stapleton that isn't inspirational or motivational. His perseverance in the industry over the years without complaining that "Nashville doesn't know good music" or that certain artists or songs "aren't country" are things that reflect on the kind of person he is and what he's about ... he's content to just play the music and if the industry catches on, great, if they don't, he seems to be ok with that too. He's not about being the "next big thing" even though the industry FINALLY paid attention this year and now he really is the "next big thing". It hasn't changed who he is or how he behaves in the public eye. While the world is talking about how good he is, Chris remains the quiet, humble and appreciative guy he's always been. You won't see his face on every magazine cover. You won't see his shows crammed full of extra props and antics he doesn't need to distract from his talent .. what you'll see at a Chris Stapleton show is simply Chris, his guitar and a voice that was obviously one that God saw fit for the right person with the right heart. 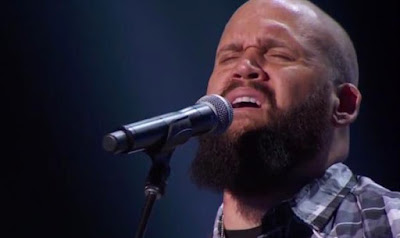 
Having dealt with a devastating blow a few years ago when his record label closed without warning just before the radio release of his first single, Benton Blount didn't let that hold him back or make him bitter. What it did do is make him more determined to do things HIS way and do them the way that felt right for him. He also realized that what it did for him was give him time with his family, to be a present husband and father to his wife and young son (and new daughter that's on the way). This year, his second chance came in the form of "America's Got Talent" where he auditioned and was cut just before the Top 5 finals. This second chance has put Benton back in the game with a fan base that has grown exponentially and he released a single, "God Talks to Me". God talked to Benton in a big way this year and that talk has put him back on the path to success and he's proven that even the toughest obstacles are put in your way to see just how hard you are willing to fight to get past them. He fought and he won. The best of the rest is yet to come. 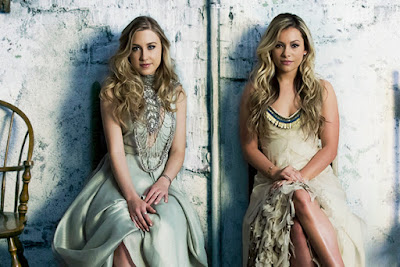 These two outspoken young women virtually came out of nowhere and shook up the "bro country" world with their retort that women are more than a pair of cut off shorts and a tank top, that they're more than the typical description of a "Girl in a Country Song" and opened the door wide open for a female movement in country music. They followed up their smash debut with a song about spreading your wings and believing in your dreams with the inspirational tune, "Fly". Maddie and Tae are showing young girls and women alike that it's ok to stand tall and do your own thing, to just fly. 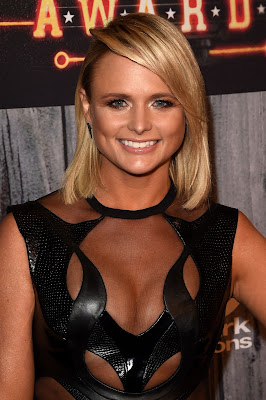 It was a rough year for Miranda, full of ups but also full of more downs than anyone should have to deal with - intrusions by the media and Internet trolls speculating and pointing fingers about her divorce from Blake Shelton, photos of Blake and Gwen's new "relationship" plastered all over social media and television every time she batted an eye and she's handled the entire situation with class, grace and dignity, never saying a negative word in the press (at least not that I've seen or heard), keeping her social media timeline above board and showing the world that she's getting through this just fine and that it's not keeping her down. She may be quiet for the time being, but that certainly doesn't mean she's down for the count. Expect Miranda to come back like a champ in 2016 and to keep reminding us why we love her. 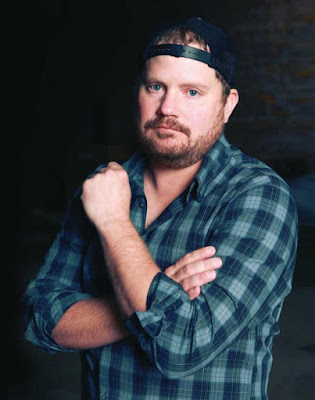 Randy Rogers went through an emotional roller coaster this year with the excitement of the birth of a dark haired beautiful baby girl named Rumer Rain, posting his family's joy on his social media timeline with a photo and announcement, only to be shattered by her death six days later. Rumer was diagnosed with Nonketotic Hyperglycinemia (NKH), which is a rare genetic disorder affecting only about 1 in 66,000 newborns each year in the United States and unfortunately has no cure. The condition impairs the brain and leads to seizures, limpness in the muscles, breathing and difficulties with feeding and lethargy. Instead of retreating, Randy continued forward armed with the information he now had on this disease to help other parents suffering from the same situation by joining with Seton Medical Center Austin to fund "nesting suites" for families of babies who have been assigned to neonatal intensive care. These suites allow families to remain with their child around the clock, to talk to doctors and nurses, and be part of their child's care system even if the mother has been discharged. He's making a positive difference out of his own personal loss for so many people. 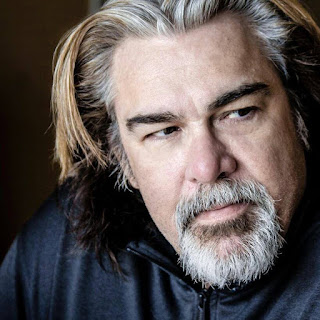 Rusty Golden, the son of Oak Ridge Boys member, William Lee Golden, has been dependent on pain medication since health issues back in 2002. This addiction was a struggle for Rusty and eventually took him to Rob's Ranch in Oklahoma where he began his fight against the demons to regain his inner strength and become sober again. During his stay at the ranch, Rusty began to write and perform songs for others in ranch fighting this difficult battle. These songs began his  road to personal healing and lead him to "Sober", his emotional and personal album of these songs that inspired and motivated him to put the struggle behind him and move forward. Rusty wants his music to matter, to make a difference in someones life. This album is his way of making that happen. 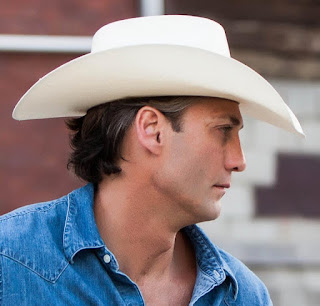 Wade Hayes was diagnosed with Stage 4 colon cancer in 2011 which went into remission in 2012. Since then Wade has been a positive and inspiring voice for those suffering from this life threatening disease. Shortly after finding out he had cancer, he wrote and released a single about the realization that his time was limited called "Is It Already Time". His faith has never wavered and his hope led him to his 2015 album with a message, "Go Live Your Life".  He also talks about his battle and participates in cancer awareness events to spread his words of hope and to remind people that we all have an expiration date and none of us know when that date is and until your time comes, you just have to believe and get out and live with the best of your abilities, be the best person you can and love as much as you can. 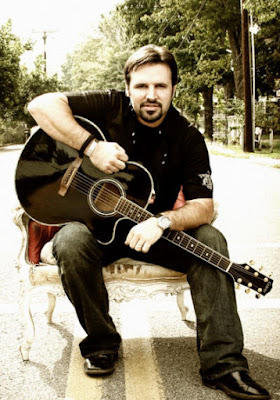 
Mark may not have new music out right now, but if you pay attention to his social media feeds, there is nothing this guy posts that isn't positive. Whether it be the regular posts about his love of country, the personal photos of he and his family, his belief and support of our military and it's veterans, or his funny selfies and "Dubsmash" videos, Mark always keeps it real and keeps us entertained in a positive way. Look for new music on the way from Mark in 2016, we'll be talking A LOT about it!

Posted by LovinLyrics at 9:42 PM

Thanks Jenn, always an honor to be included in one of your articles! You truly are what out business needs. A consistent voice of what's pure and not just what's "trendy"! Look forward to talking to you in 2016!

So proud of Benton!