INSIGHT FROM THE OTHER SIDE: GETTING TO KNOW ANDREW POPE

Every once in awhile, we like to hear from "the other side", the independent artists. We want them to share with you firsthand what their biggest obstacles are in the music industry and how they handle and overcome them, their insight as to what works and what they feel doesn't work, the best people to connect with and find out more about them. We connected with our friend, independent artist Andrew Pope, for the view from his side of the fence.

Andrew has written with some of country music's biggest names including Larry Bastian (“Rodeo” and “Unanswered Prayers”), Byron Hill (“Born Country” and “Nothin’ On But The Radio”), Larry Gatlin (“All The Gold In California”), and David Bellamy of the Bellamy Brothers (“Redneck Girl” and “Let Your Love Flow”). Country music legend Bobby Bare referred to Andrew as “the future of country music.”  Andrew's music is simple, it's genuine and it's honest. His debut album, “Here We Go” was released in November 2012 on the independent MillTown Music record label and includes 10 tracks written by Andrew as well as songs performed with artists such as Confederate Railroad and Jeff Cook from record breaking group Alabama. His new single “Stormchaser” is set to be released in January 2016 and is already receiving rave reviews. 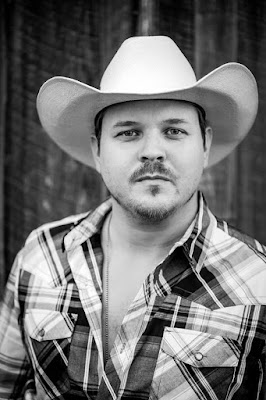 Q: As an indie artist, people may not be familiar with your name. Give us a little insight into who you are as an artist, your background and what made you decide to get into music?

Andrew: Absolutely. My name is Andrew Pope and I am a songwriter/country singer from North Alabama. I've been playing music since I was about 7 or 8 I guess, but I've only been in the music business for 7 years now. There's a big difference in the two, but I love 'em both. I'm just a simple genuine country artist and my songs are real. I don't know if I got into music or music got into me, but either way it happened long before I realized it. Thank God. :)

Q: You may be an indie artist, but you've connected with some of country's greatest names. How did these connections come about and who are some of your favorite connections?

Andrew: I've been really lucky in that way. It's definitely a great feeling knowing that I've made such good friends with people that I grew up listening to on the radio as a kid. I still have to step back and soak that in some nights when I lay down. As far as how it came about, I think real recognizes real. Anyone that really knows me knows that I am always just me. I don't try to put on an act and be somebody I ain't. Bobby Bare is at the top of my favorite connections. I could never tell you how much our friendship means to me. He's given me lots of advice, introduced me to some of my heroes, and told me lots of stories that I will never forget. He's also a fan of mine and that's just weird to me, but I'm so humbled. David Bellamy is another guy that has become a great friend. I connect with people like Larry Gatlin and Bobby Bare more than I do Thomas Rhett. I like to believe that people see the authenticity in me and maybe that's why they keep me around. Ha ha. Its just the way I'm wired.

Q:  What is the hardest thing about being independent artist?

Andrew: Well, the hardest thing is the budget. Unless you're rich, chances are you are going to have a hard time, especially to begin with. This is a business. You're in constant competition with the big dogs (major labels) in that way. It's easier now than it was 3 years ago and in 2 more years, it will get easier.

Q: What are some of the good things about being independent?

Andrew: There's lots of great things.. Owning your own masters, creative control, but the number one best thing is that you are in total control of EVERY aspect of your career. If you work hard for it and the music is good, it will all find its way to where it needs to be.

Q: What's been your biggest accomplishment as an independent artist?

Andrew: I'd say my biggest accomplishment has been the relationships I've made. Its a very gratifying and humbling experience every day for me. Many of these relationships have become something way beyond business onto a personal level and I treasure those friendships dearly.

Q: What personal advice would you give to someone wanting to pursue this career path?

Andrew: Work HARD, meet people, network, always strive to master your craft. Demand honest criticism from people that you trust. That's a big one for me and always has been. If something sucks, I want you to tell me. Don't tell me it's great.

Q; What are typical mistakes people make when trying to pursue this career?

Andrew: One of the big ones is getting so far in your career only to be "discovered" by someone in the business that promises to make your dreams come true. It's very important to have any contract reviewed by an attorney before signing your name. There are a few good people, but lots of bad ones. This business is cutthroat. Always protect YOU.

Q: If you had to do it all over again, would you still choose music and would you do anything differently?

Andrew: Well hell yes I would. Ha ha. I wouldn't change a thing.

Q: How important do you believe "image" is when it comes to music?

Andrew: Identity, not image. Be your own person. A true artist has an identity of their own. That's what makes them an artist. The 'powers that be' want you to be young and look like a GQ model. Image matters to the majors, but it really don't mean a damn thing to me. Its about the music.

Q: How would you advise artists when it comes to avoiding scams and rip offs?

Andrew: ALWAYS do your homework. And as I said earlier, don't sign anything without an attorney involved.

Q:  Have you affiliated with a performance rights organization such as ASCAP, BMI, or SESAC? What are the benefits of connecting with one of these organizations?

Andrew: I've been a member of BMI for about 6 years now I believe. Signing with a PRO is absolutely a MUST if you are choosing this career. The PRO's basically pay you a royalty when your song gets played. So yeah, do it.

Q; What message do you want your music to convey to a listener?

Andrew: Just that its real music. I'm real and my music is going to be. Always. I've always said I don't care anything about fame or being number one.. As long as I can make a living playing good music for good people that love country music and writing songs that I believe in, I've made it.

Q: You have new music in the works. What can we expect and when?

Andrew: Yeah, thank God. Ha ha. I have a new single called 'Stormchaser' and what you can expect is this.. steel guitar. :) It will be released on January 22, 2016. 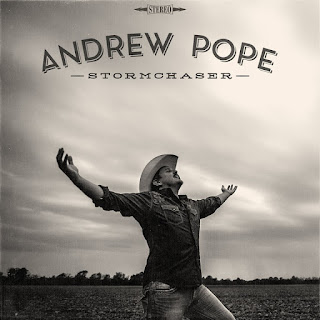 Q: How do you prefer to sell your music? Do you use iTunes, CD Baby, Amazon, etc?

Andrew: I'm an Apple guy so iTunes is definitely the number one place for me. I'm on Amazon and all those others too though.

Andrew: In the day that we live in now, you gotta be on social media. And not only that, but you have to know how to use it. I, myself, have watched training videos for HOURS online to learn about how to handle all the social media. Do whatever you have to do. Fans can tweet me at @TheAndrewPope. Twitter and Facebook are really the main ones I use. I use Instagram and all the others too - Facebook - www.facebook.com/AndrewPopeOfficial , Instagram - theandrewpope, Periscope - theandrewpope and Vine - theandrewpope.

Posted by LovinLyrics at 4:35 PM