COUNTRY MUSIC REFLECTIONS: THINKING BACK ON 2015

Man it's been a HUGE year for country music - lots of laughs, tears, milestones, accomplishments, and record setting. Shania came back for her "final" tour, Garth continued his comeback world tour, the Oak Ridge Boys hit the road for their 26th Christmas tour and Lady Antebellum took a break as members decided to work on solo projects for awhile. New artists released some amazing music and old favorites came back with new releases. Country music always leaves us with a lot of memories from year to year, this year was no different. Let's take a look back and look at what 2015 left us ...

Blake Shelton said something, anything and everything but what about the Whisper Challenge with Jimmy Fallon?


Brad and Carrie paid a loving, yet humorous tribute to the late country music legend, Little Jimmy Dickens on the CMA Awards? Dickens was a frequent guest on the awards show in hilarious skits. Brad and Carrie talked about LJD wanting people to remember him as someone who made people laugh and fulfilled that final wish by reaching into his "supposed" ashes and pulling out the world's smallest urn and making the entire audience burst out in laughter. What a great moment. (Sorry, no video to be found.)

Willie Nelson and Merle Haggard told us "It's All Going to Pot" in their own special way?

PRAYERS ... We came together as a country family and prayed ...
Our hearts broke as we learned that Joey Feek of one of country's most loved duos, "Joey and Rory" announced that her cancer had returned and there was nothing more that could be medically done and chose to end her chemical treatments and let nature take it's course .. this is where prayer took over as artists and fans alike banded together to support Joey and her family with love and prayer that a miracle would happen. Joey is currently in hospice care, with her same beautiful smile and strong faith that she will beat this and we're all there right beside her. Rory's blog posts of her precious moments with their infant daughter, Indiana and their older daughters made us smile, made us believe and showed us just how important and fragile life really is. We love you and are still praying for that miracle. Joey and Rory are daily inspirations through their attitude of acceptance, resiliance and love. 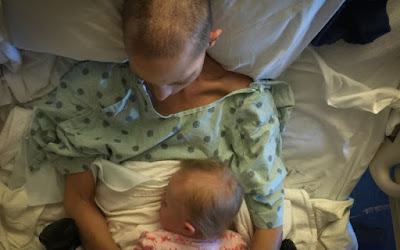 We also prayed for Nashville producer, Dave Brainard, who was a victim of a random, unprovoked beating while crossing the street in downtown Nashville in September. Brainard was left unconscious and required reconstructive surgery of his jaw. The attackers have since been arrested and are scheduled to go to trial soon. Dave is thankfully out of the hospital and doing much better, making the rounds as usual and spending time with friends. 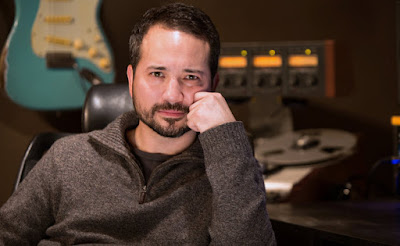 TEARS - We fondly remembered and mourned the passings of ... 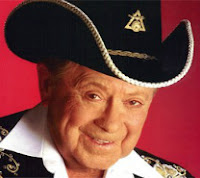 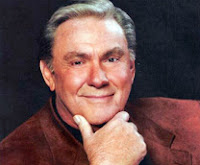 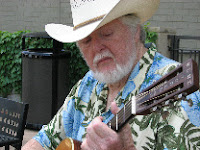 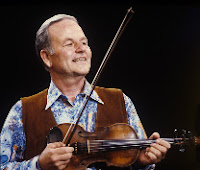 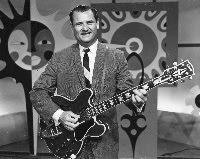 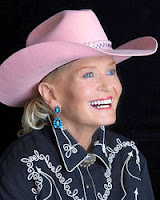 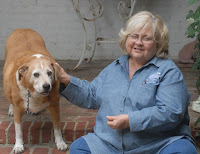 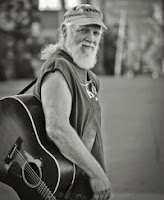 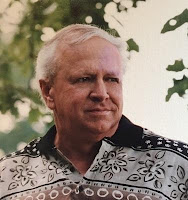 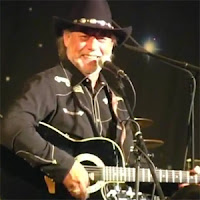 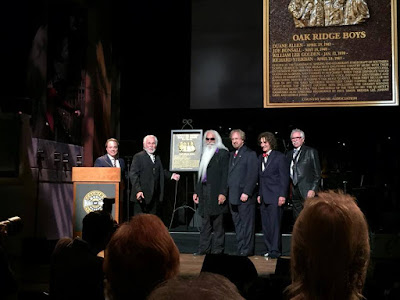 - The Oak Ridge Boys FINALLY had their long deserved and much overdue honor of being inducted into the Country Music Hall of Fame? It took over 40 years, too many miles and cities to count in order to reach the pinnacle and crowning moment in their career, but when these four men finally reached the top, the look back at the road they traveled took to get there was a long one, but the view from their perspective was spectacular and emotional as fans cheered, critics raved, the angels sang and we all cried. Congratulations Joe, Duane, William Lee and Richard on finally coming home. YOU are home. 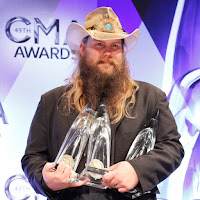 - Virtual unknown underdog singer/songwriter Chris Stapleton swept 3 major award categories at the CMA Awards and stunned the world? Remember how his record sales skyrocketed, his Youtube views went through the roof, how radio suddenly noticed that the best music obviously wasn't always on their stations and now it is? The good guys might finish last but they finish big. This year the good guy finished first, finished big and actually never finished at all because he's just getting started. Thank you Chris for putting the "try" back in country and for reminding us what good music and natural talent sound and look like. 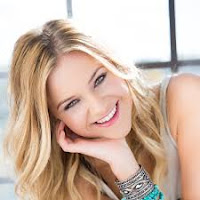 - Women finally made their mark on country radio again with breakout artists like Kelsea Ballerini, Maddie and Tae, Kacey Musgraves, Mickey Guyton, Cam, Jana Kramer, Sunny Sweeney, Clare Dunn, Lindsey Ell, Cassadee Pope, Lauren Alaina, and Danielle Bradbery getting more and more airplay? They definitely proved #Saladgate wrong, women are much more than just the tomatoes in a country music salad and they're more than window dressing. They're here to stay and here to let the Keith Hills of the world know that they're not going anywhere. 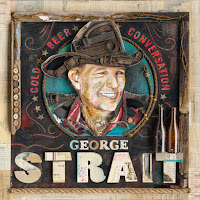 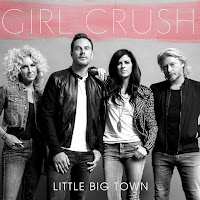 - Little Big Town finally got pay off for the years of paying dues by being the biggest vocal group on the planet during 2015? When "Girl Crush" came out, it pretty much cemented the fact that they were finally gonna be taken seriously and won every award having to do with a song, group performance or songwriter? It also made everyone that thought a well written song about jealousy in a relationship was about lesbians look kinda stupid for not actually listening to the very evident story inside the song.

The 2015 ACM Awards 50th anniversary show held in Dallas at ATT Cowboy Stadium on April 19th secured a spot for Country Music in the Guiness Book of World Records for drawing a crowd of 70,252, along with more than 20 live performances while Miranda Lambert set a record for most consecutive wins as Female Vocalist of the Year as she took home her 6th award?

Guiness made several presentations that night for accomplishments in Country music:

On July 18, Little Big Town's "Girl Crush" broke the record of weeks at #1 by a group of three or more members, taking the record over from The Browns and their song The Three Bells.

MARRIAGES ... We gathered together to witness the unions of ...

DIVORCES ... Remember the alimony, the media saturation and the world's speculation on what went wrong between ... they're moving on and we should too ...

- Blake and Miranda
- Jake and Lacey
- Reba and Narvel

-  Clara Henningsen (of the Henningsens) and husband, Jacob Calaway, celebrated their Valentine's Day with the birth of their son, Louie Cannon Calaway, on February 14.

- Logan Mize and his wife Jill also celebrated Valentine's Day this year with a welcome addition to their family, their second child, Violet Raye Mize, born on February 14.

- Eric Church and his wife Katherine just missed Valentine's Day by one day but celebrated the day after with the birth of their second child, a son named Tennessee Hawkins Church.

- Randy Rogers and his wife Chelsea Cai Dowlearn welcomed their daughter, Rumer Rain, on June 3, however this beautiful gift passed away at only 6 days old due to health complications.

- Singer Danielle Peck and her husband Josh said hello to their daughter Ava on August 16.

- Jessie James Decker and her husband, Eric Decker, of the NY Jets scored a touchdown of their own and brought their second child into the world on September 4, Eric Decker II.


GIVING BACK ... Remember the generosity

- Of Brantley Gilbert donating $10.5 million dollars to Toys for Tots?

- Of Kelsea Ballerini when she chose to take a cancer patient and friend,Allie Allen, as her date to the CMA Awards?

- Of Dierks Bentley and his fans when they rode for Miles and Music for Kids? The event year to date has raised over $3 million dollars for Children’s Miracle Network hospitals.

- Of Craig Campbell when he held a cornhole challenge during CMA Fest to raise money for colorectral cancer research and had fun with fans at the same time?

- Of Garth Brooks hosting a Teammates ProCamps in each city on his Comeback Tour to benefit children?

- Of Clay Walker's fight against MS with his "Band Against MS" concert?

- Of Kenny Chesney's making the Love Hope Strength Foundation’s "Get On The List" campaign part of his most attended "Big Revival Tour"?


The tour was much more than just the most attended country music tour this year, it was a tour that gave back. Attendees at stadium shows were able to register as potential bone marrow donors by doing an easy and simple cheek swab test that, through Delete Blood Cancer, is entered in the national donor bank for potential matches. The tour wound up finding 25 potential matches for those in life-threatening situations.


Looking back, this year was about so much more than simply music, it was about the meaning of music and the wonderful things that happen during the year. Music heals, it helps, it cheers and it creates goodwill among it's community. The music itself was wonderful but it was what happened in the silence between the notes that really left it's mark. I can't wait to see what 2016 holds!

Posted by LovinLyrics at 6:02 PM