WYNONNA TO PERFORM ON NBC's "THE VOICE" FINALE TONIGHT, DECEMBER 15 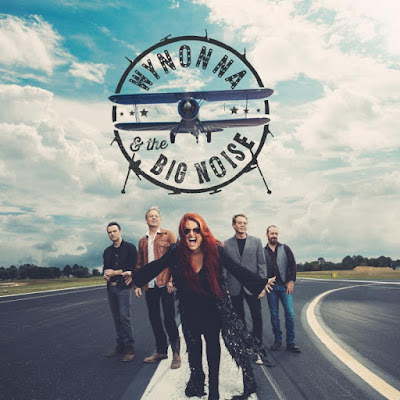 American music icon and five-time GRAMMY Award winner WYNONNA JUDD will perform tonight, Tuesday, December 15, on NBC's "The Voice" finale. She will sing her classic hit song "No One Else On Earth"--a #1 Billboard country hit from her five-times platinum 1992 debut solo album Wynonna--with Team Blake contestant and finalist Barrett Baber, who chose her as his dream duet partner. Tune in to NBC at 8/7c to watch.

WYNONNA and her band The Big Noise, led by her husband drummer/producer Cactus Moser, will release their debut full-length album February 12, 2016 on Curb Records. WYNONNA has described the new album as "vintage yet modern" and a "return to the well." It's a rootsy work encompassing country, Americana, blues, soul and rock. The album features special guests Derek Trucks, Jason Isbell, Susan Tedeschi and Timothy B Schmit, and is available now for pre-order at Amazon: http://smarturl.it/WyTBN.

For more information on WYNONNA & THE BIG NOISE, visit:

Posted by LovinLyrics at 9:55 AM