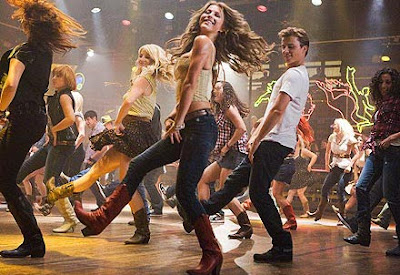 “Honey, I’m Good.” was a major pop hit that appealed to dancers at all outlets, and received a significant boost among Country fans when Eli Young Band released their collaborative version of the song with Grammer to country radio and dance venues. Marco Club Connection’s Craig Bann notes the unusually strong impact of the song, stating that "Following the release of Eli Young Band's version of ‘Honey, I'm Good’ featuring Andy Grammer, we saw an incredible resurgence of popularity and club play for the song at Country venues."

The Nashville-based company surveys a panel of nearly 250 club owners, DJs and dance instructors from across the country to compile its rankings every December. Overall votes by the panel determine each song’s placement on the list.

The list was a mixture of new and established artists with Little Big Town’s CMA award-winning “Girl Crush” placing as the 6th most popular song among dancers, while newcomers Sam Hunt, A Thousand Horses and Mo Pitney all had their first placement on the annual list.

Zac Brown Band was the only artist to be represented twice in the Top 10 with “Homegrown” and “Beautiful Drug” coming in at 8 and 10.

Two titles from 2014, Kenny Chesney’s “American Kids” and Colt Ford’s “Crank It Up,” continued their run of popularity well into 2015 and were also ranked very highly among dancers and DJs.

A complete archive of Marco Club Connection’s Top 10 Country Dance Club Hits can be viewed at http://marcoclubconnection.com/top-10/
Posted by LovinLyrics at 4:28 PM