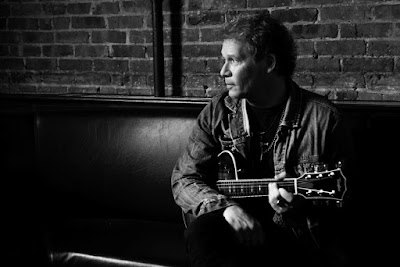 "Gary Douglas may have strayed a bit off the musician's path for a while, picking up a law degree along the way, but he is a rock n roller through and through- and don't you forget it...this gives the song ["Out On The Highway"] a raw edge, filled to bursting with powerhouse vocals, from both Douglas and his backup singers. Interchanging solos on guitar and keys add a dash of spontaneity, well received by the swaying, cheering crowd. For being relatively new to the game, Douglas seems perfectly at ease and in command front and center."

Powerhouse rootsy rock band THE GARY DOUGLAS BAND has released a new live performance video for their song "Out On The Highway," off their latest full-length album KEEPIN' FAITH. The video first debuted on ElmoreMagazine.com; watch it now here. "Out On The Highway" follows the release of a live video for another focus track off the album, "Faith (Renewed)," which first premiered on Yahoo! Music; check it out here.

KEEPIN' FAITH taps into the energy that empowered Springsteen, Seger and other classic rockers, a testament to its wide appeal at radio. Every shred of feeling throughout KEEPIN' FAITH comes straight from the liberated heart of GARY DOUGLAS. Check out the urgency of "My Desire," the restless summons to seek a better life "Out on the Highway," the explosive anger of "Lord I Try," the screaming release of "Stop Bringing Me Down," and the broken romance of "Goodbye Marie."

The "Out On The Highway" video release coincides with a pair of New York City performances this month. Tonight (1/13), THE GARY DOUGLAS BAND will join Willie Nile, Dramarama, The Weeklings and Joe D'Urso & Stone Caravan for the Light Of Day Foundation benefit concert at The Cutting Room. The Light of Day Foundation, Inc. is renowned worldwide for utilizing the power of music to raise money and awareness to defeat Parkinson's disease and related illnesses such as PSP and ALS within our lifetime. Tickets to the January 13 Light Of Day concert are available here. The band will also headline a show at The Bowery Electric on Saturday, January 23; tickets are on-sale now here. 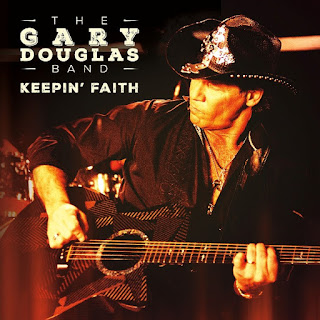 Posted by LovinLyrics at 4:39 PM