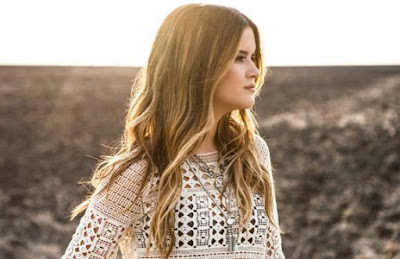 Columbia Nashville singer/songwriter Maren Morris’ music video for her debut single “My Church” is available for fans to view now. Over the weekend CMT exclusively aired the world premiere of the first-ever music video from the artist NPR Music describes as having “the swagger and the style of a young Bonnie Raitt.” The Rachel McDonald directed video was shot on the outskirts of Austin in Morris’ home state of Texas.


Also over the weekend “My Church” shot to #1 on SiriusXM’s The Highway Hot 45 Countdown, which closed out a week that was already hard to top. Last week Morris’ “My Church” made Country radio history with a record breaking 107 first week Country radio chart reporting stations spinning the song that she co-wrote and co-produced with Busbee. As the No. 1 most added song at Country radio for last week, "My Church" sets the record for the most first week stations at the single impact date for the Billboard Country Airplay chart and Country Aircheck’s Mediabase Chart. The previous record for a debut single was 99.

“My Church,” the first single off the Texas singer/songwriter’s forthcoming album due later this year also appears on Morris’ self-titled EP, Maren Morris, which released in November and touts nearly 10 million combined streams of the five tracks.