"THE PICKUP" MOMENTUM BUILDS WITH COVERAGE IN BILLBOARD 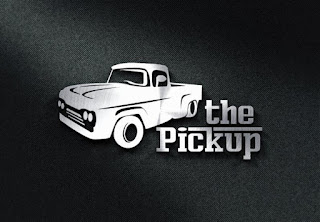 "The Pickup" is generating more buzz than ever as the new year kicks off.  Already syndicated to approximately 70 radio stations around the United States, the country music news program has now been profiled in Billboard magazine.

In the music industry journal's Jan. 4, 2016 issue, Phyllis Stark devotes her column, "The Stark Report," to "The Pickup" and its rapid rise as a source of news for country music fans.  Host Adam Wurtzel describes how the program is "streamlined" so that participating stations need only post an embed code once on their website, which will then update the show with new episodes automatically, twice a month.  He shared some of his goals for "The Pickup" as well, including more events, more interviews and coverage of "'every red carpet in Nashville's country music industry."

The current episode of "The Pickup," delivered on Jan. 1, looks back on highlights dating from its debut in January 2015.  These included a waterslide adventure with Bucky Covington, an all-star Halloween costume contest, and special moments with Garth Brooks and Trisha Yearwood, Dolly Parton, the Oak Ridge Boys, Dierks Bentley, Gary Allan and many other stars.  Wurtzel also reports on LOCASH and Big & Rich's ambitious "quadrilogy" project with Tim McGraw.  Additionally, viewers can enjoy a visit with Kelsea Ballerini and an excerpt from Chris Stapleton's performance at Nashville's spectacular New Year's Eve "Bash On Broadway."

"The Pickup" has expanded its presence dramatically among country music fans by taking viewers behind the scenes at television tapings, concerts, festivals and special events, reporting news and creating fun features involving the stars of country music. New episodes can be viewed on the 1st and 15th of every month on major broadcasters' websites, various media sites and SKY TV's CM&T program.

Previous episodes of "The Pickup" have featured a one-on-one conversation with Dolly Parton, tour-bus visits with Joe Nichols and Thompson Square, the George Jones Museum opening, a visit to "Larry's Country Diner" and much more.

Email ThisBlogThis!Share to TwitterShare to FacebookShare to Pinterest
Labels: Latest News, Press Releases, so much moore media, the pickup